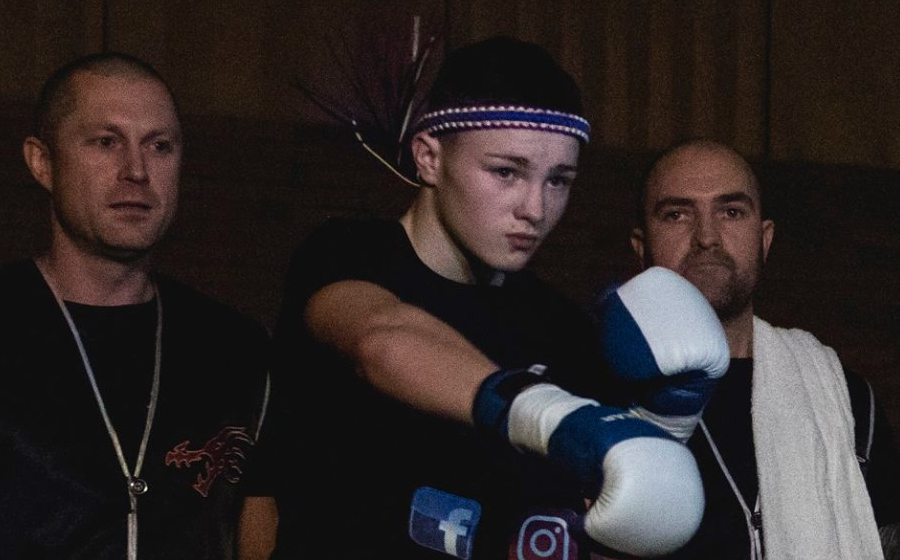 Carlisle based Hayden Armstrong started training at the age of 5-years-old, originally at Carlisle Dragons gym under Stu Holden, Mike Haslam and Wayne Fisher. As time progressed, Hayden made the move across to Dragons Gym, where he trained and fought under Christian Percival.

Racking up thirteen fights, after Hayden‘s fight against Paul Morris at last years Victory show (watch here), him and his dad, Mark Armstrong – who was also coaching at Dragons Gym – decided to move on and hire their own space at Unit 5 Muay Thai where they now coach junior classes along with Stu Holden’s regular classes.

“It’s good for me to be back training with Stu where it all began and I can’t think him and the team at Unit 5 Muay Thai for the time they have put into me this year.”

Earlier this year, head coach Stu Holden agreed a two-fight deal between Hayden and Black Diamond’s Lewis Inglis. The first of which was at Oran Mor XI back in September where Hayden won via second round stoppage.

The second leg of the two-fight deal was scheduled for this weekend’s Unit 5 Muay Thai home show in Carlise, however due to sustaining an injury, Inglis had to withdraw from the bout and Majestic Gym‘s Ryan Stockley comes in as a late replacement.

“I’m under no illusion this will be my hardest fight to date, but I have trained hard and I’m excited for the challenge.”

Hayden added, “win, lose or draw, I always turn up to fight and this challenge against Ryan will be no different.”

Follow Hayden on Instagram @haydenn.armstrongg or visit his fighter profile to keep up-to-date with all the latest developments and results in his fighting career.