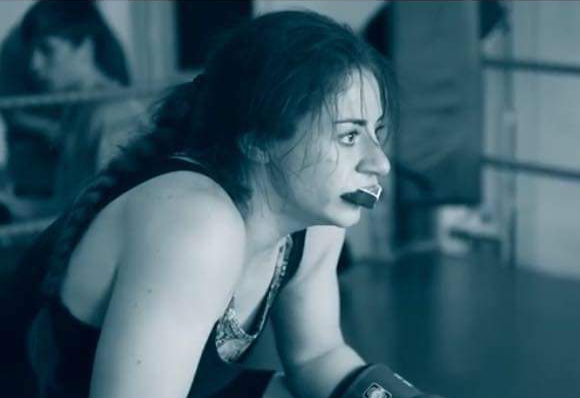 Get to know featured fighter Jodie Clunan of PTB Academy in Liverpool. We caught up with the current UK 59kg #2 to ask a few questions on her fighting career and looking ahead to 2019.

“I just want to be the best, I want to fight the best and I want to make a name for myself.”

How did you get started in Muay Thai?

“I started Thai boxing about four-years ago. I was inactive and weighed 106kg, so I started initially to get fit and lose weight. After training for a while it turned out I was quite good. After losing 47kg I am now the UK #2 at 59kg; that is my biggest achievement.”

How has your fighting career gone so far?

“I’ve had nine fights in total so far, winning six and losing three. My most recent fight being against the well known Lucy Payne of Corefit UK. I gave away alot of experience and it was my first A-Class fight.

“Unfortunately I got cut in the first round and upon going back to my corner at the end of the round it was decided the cut was too big to carry on, but I felt comfortable and didn’t feel out of my depth in that fight.”

Pics from my fight last weekend against Lucy Payne ! We were toe to toe exchanging shots each, such a shame that I got cut as I think it would have been a 5 round war otherwise! Would definitely like to fight Lucy again one day! But for now onto the next one !! 💪🏻 Thanks to Roar Combat for having me, was a great show #PTB #MuayThai #ThaiBoxing #Boxing #RoarCombatLeague #TitleFight #BritishTitle #Fight #Fighter #Skill #Clinch #Strength #Conditioning #Elbow #Cut #FemaleFighter #ThisGirlCan

“I’m already in preparation for my next fight on Extreme Warriors in February against the current UK #1 at 59kg Ashley Beattie. I’m hoping to get as many fights as possible in 2019 but I am finding it difficult to find matches due to some opponents refusing to fight me.”

What do you enjoy about training and fighting?

“The main thing I love about training and fighting is seeing how far I can push myself. I never leave any stone unturned in preparation for a fight so I know that when I get in the ring I’ve done everything I physically could have done to win – that also helps me mentally; there’s no nervous when I know I’m 100% ready!

“I love training when I’m pushing myself and running on empty, having to dig deep to get that workout or round finished, pushing to get that last rep or be 10 seconds faster than my last run.

“By the time I get in the ring I always push to be a better version of myself than the last time. Having my hand raised at the end of it all, there is no better feeling than all your hard work paying off and that’s what I love the most!”

Where do you want to take your fighting career?

“As for my fighting career, I just want to be the best, I want to fight the best and I want to make a name for myself.

“I’ve never shied away from a tough challenge and I’ve never had an easy opponent, but I think that has reflected where I am already after just nine fights.

“I want to be as active as possible in 2019, but struggling to get matched at the moment. I’m hoping more opponents are available next year so I can carry on doing what I love!”