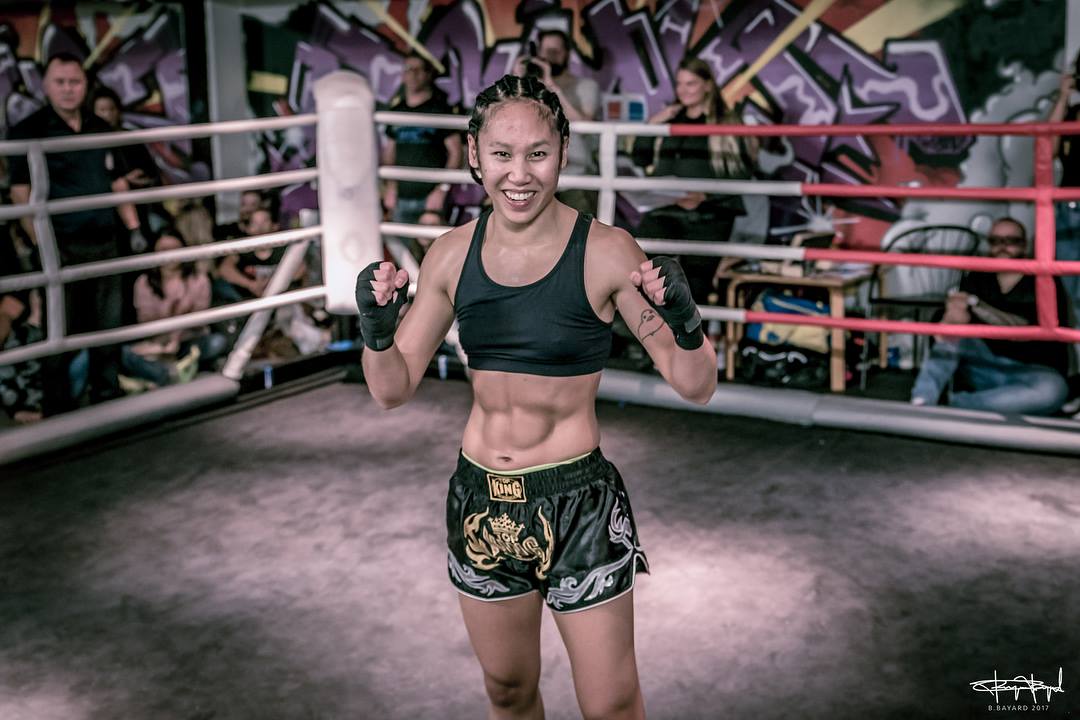 In her short fighting career thus far, Sofia Holmer of Odenplan Fightgym in Sweden has competed against some of the top names in the sport including ranked UK fighters such as Lena Kessler and Leigh Newton.

After the Championships, Holmer was matched against current Thai Fighter UK -50kg #6 Lena Kessler at Roar Combat League 9 in Birmingham back in March last year. It went a tough five round with Sofia taking the advantage in the early rounds but eventually the decision went to Lena. After the bout the Red Diamond Academy fighter took to social media to say; “I genuinely think Sofia is the toughest girl I have fought so far!”

Sofia’s next fight was against another top UK ranked fighter, Leigh Newton, on the huge Enfusion show in Newcastle on 9th June. Fighting under Enfusion’s kickboxing rules, the fight was judged a draw after three-rounds and the UK -50kg #4, Leigh Newton of Phoenix Thai Boxing, did just enough to take the decision in the extra fourth round.

This year, the Odenplan Fightgym fighter is looking to compete in the Swedish Championships again, this time taking gold and going on to represent Sweden in the IFMA European and World Championships.

To keep up-to-date with all of Sofia’s latest fight news you can follow @sofia_holmer and @fight_record. View Sofia’ full fighter profile here. If you want to get your fighter profile on our website and get featured, submit your information via this form.