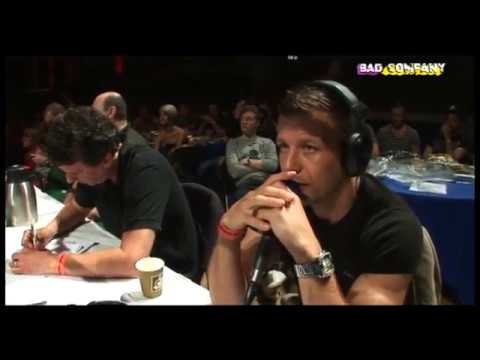 Known as one of the most electrifying fights, this ISKA World title bout between two of the most demonic fighters to have ever come out of the UK go head to head in a bout that rippled through the world. Bad Company’s Andy Howson announced on Facebook prior to this fight that he would retire after a very long and successful career in fighting. In this bout, he would be pitted against Pra Chao Suua’s, Dean James for the prestigious ISKA World title.

Howson laid claim to the ISKA World title prior to the fight and it was matched at 54.5kg. The first two rounds began with both fighters feeling each other our in typical Muay Thai fashion. Very equally matched. The first round was very equal and both fighters looked very comfortable going into the second. It looked like Howson edged it in the second round and James took the third. So it was all to play for going into the fourth round. Howson was heavily bleeding because of the devastating elbow James was delivering. Going into the fourth so it was all on the line for both fighters.

This has to be one of the most entertaining fights seen in a very long time, a classic if you will. One that will be in the hearts of many for a plethora of reasons. For one of the fighters (don’t want to spoil it if you haven’t ever seen the fight), they walk away with the ISKA World title and for Howson, it was his retirement bout, so there is a lot on the line for him.

The ‘famous fourth round’ in this fight sees Howson cut for a third time, with blood streaming from his face, the referee, Darren Phillips paused the fight to have the cuts looked at by a doctor. Liam Harrison, Andy Howson‘s cousin, pleads to both the referee and doctor to let the fight go on until the end of the round. Howson is granted permission to carry on and goes out swinging. Showing why he ascertained the nicknames ‘Punisher’ and ‘Lord of War.’ Say what you will, both fighters did incredibly well.