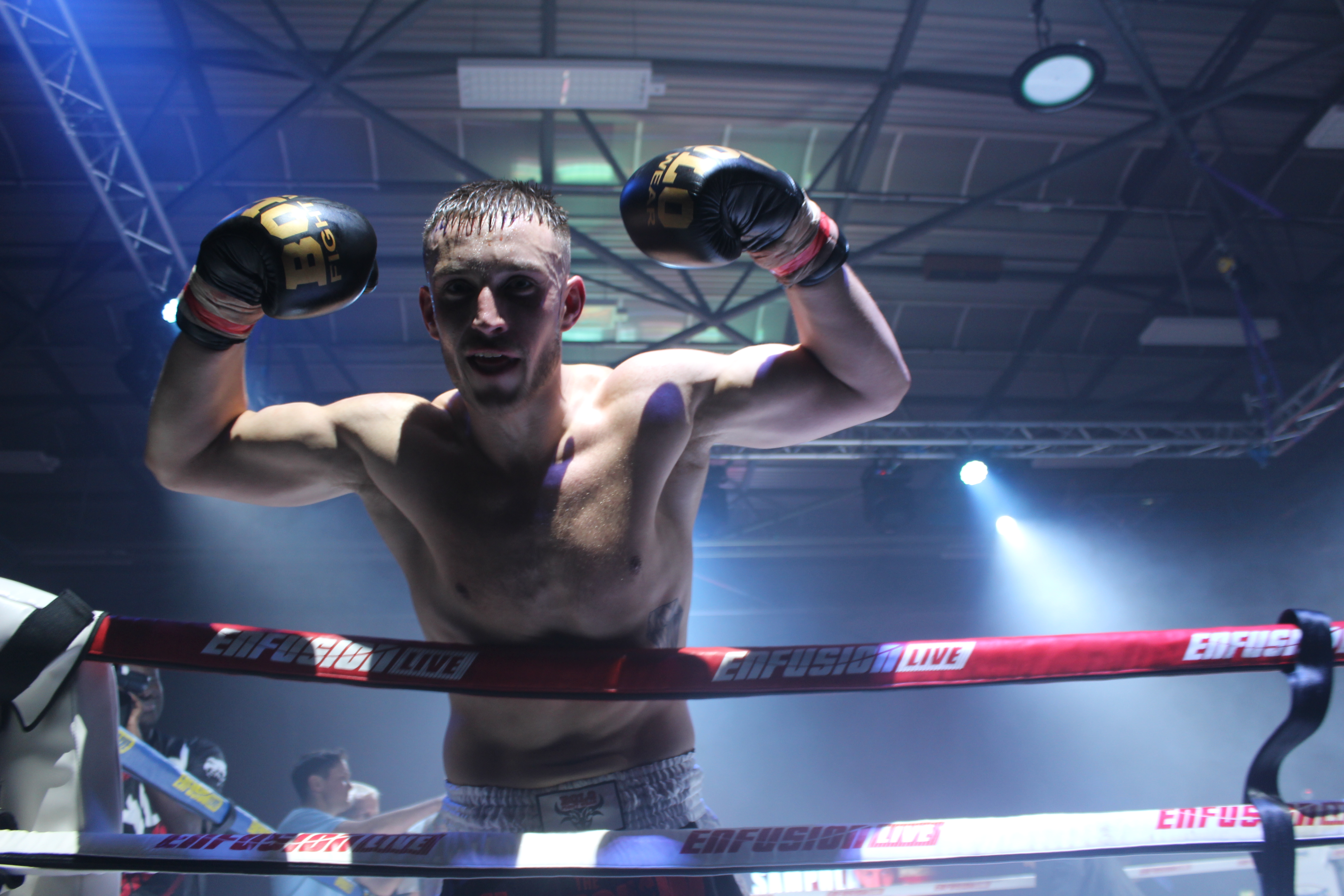 Jack Bullock (Northern Kings) featured on The Home Show at the weekend. Against a more experienced Jack Sampola this fight was set for fireworks from the outset. A very exciting fight from the get-go, Bullock made sure that the pressure was on early by letting his right kick sink into the chest of Sampola. Sampola (Sor Thanikul) answered back with a flurry of punches and low kicks.

Having around 15 fights, Sampola had the ring minutes behind him, however, Bullock’s hunger was apparent too. In the 3-round war, both fighters laid everything on this line giving the crowd at Blyth Sports Centre a spectacle to watch.

An absolute pleasure to watch these two go for it in the ring. Bullock got the stoppage in round three. He was hunting him down looking for the stoppage, it was the big hands that did it for him. Knocking Sampola down with big right hands. When the referee, Paul Spinks, got him up to give him a count. Sampola seemed to recover quite well throughout the 8-count but didn’t do enough.

Bullock came in again with bangers, sending knees up through the middle right into the stomach of Sampola. The referee called the fight to a stop because it looked like Sampola had enough and wasn’t protecting himself or replying.

Bullock has now increased his winning streak to 6 fights and currently stands at 6-0. Well done Jack!

Keep your eyes peeled for more articles coming over the next 24 hours from The Home Show 9. A fantastic night of bouts and a production to rival the best in Europe.

A great deal of content was gathered at The Home Show and will be released soon so watch out. Head over to Fight Record on Facebook to keep up to date with what Fight Record is up to.