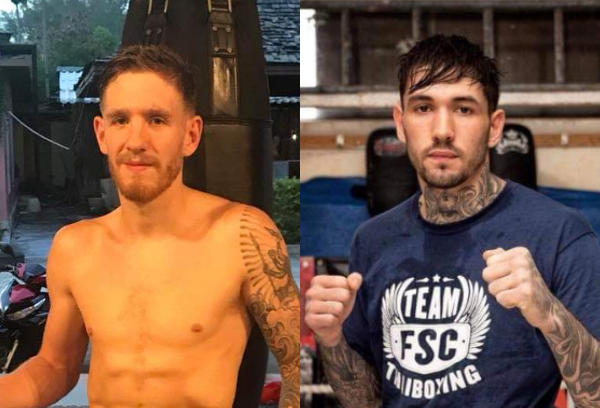 Featured fighters Jack Kennedy and Jake Purdy both fly out to Abu Dhabi this week ahead of their huge international bouts against tough opponents on the Yas Island Muay Thai Championships fight card on Friday.

Kennedy, who was stopped by Craig Coakley in the third round of their bout at last month’s YOKKAO 32, flew back out to Sitsongpeenong in Phuket to sharpen his skills ahead of this bout with Somchai Lueamlam, recently posting on social media:

Purdy, who’s last outing was also at YOKKAO 32, losing a narrow decision against UK #1 Joe Craven, faces a huge test against Yousef Boughanem, who is considered by many the best 72kg fighter in the World at the moment. Announcing the fight on social media two weeks ago, Jake said;

“I have dedicated the last 10 years of my life to this sport and I’m inches away from making my dream a reailty. Time to work.” – Jake Purdy

Following up on the announcement, Purdy added, “I’m under no illusion about how hard this fight is and I will train hard and do everything I can to win – I only want to fight the best.”