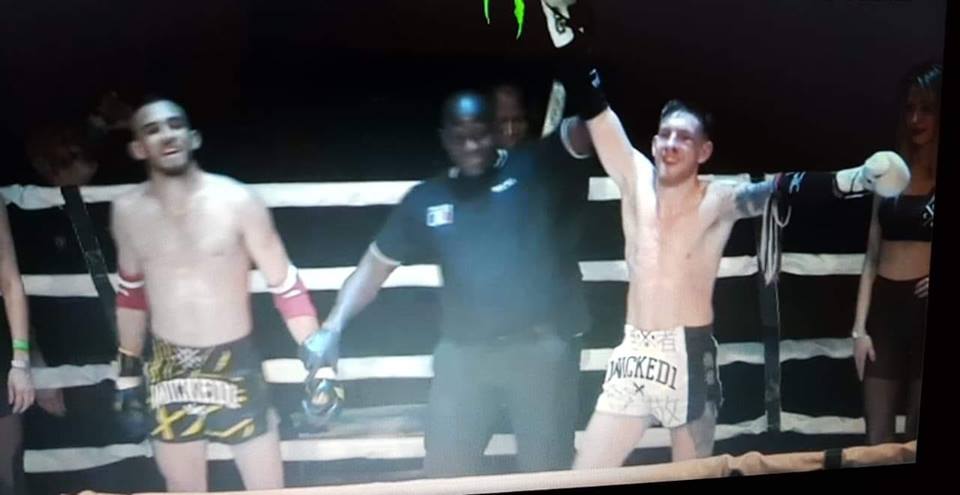 After a slow start in the three-round fight, Kennedy had taken a lot damage as “Mr Knockout”, Jeremy Payet, landed some clean combinations in the first round.

As the second round began, Kennedy‘s right eye has swollen and looked like it had began to close as Payet continued to land more shots, but Kennedy managed to close the distance well and begin to use his clinch and knees to end a round which could have been given either way.

Needing a good last round, Kennedy continued the Muay Khao style, swamping Payet with the clinch and overpowering him with relentless knees which eventually awarded him the decision in a tough fight against the Frenchman in his home country.

Kennedy is scheduled to face Manachai at Dubai Fight Night in just two-weeks time, but the damaged inflicted in this contest may be too much to recover in time for the bout with the current WBC 66.6kg World Champion.