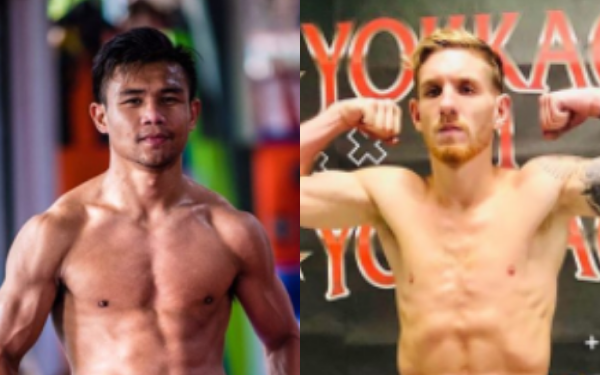 Just three-days away from his fight with Frenchman Jeremy Payet at MTGP Bataclan in France, tonight it has been announced that Jack Kennedy will next fight in just two-weeks time against Thai star Manachai in Dubai on 8th March.

The 22-year-old Manachai, who trains at YOKKAOSaenchaiGym in Bangkok under the guidance of Muay Thai legend, Saenchai, has already totalled almost 300-fights in his career.

The young Thai superstar has won 15 of his 17 fights since September 2017, with victories over Carlos Araya, Nauzet Trujillo, Pongsiri and a WBC World title win against Brazil’s Julio Lobo at YOKKAO 34 in China.

Perhaps his most memorable moment to UK fans will be for the wrong reason; taking a third-round KO loss against Mo Abdurahman at YOKKAO Next Generation in Southampton last year.

For Kennedy, this will be his second appearance in the UAE in just four months. He beat Thailand’s Somchai Lueamlam at Yas Island Muay Thai in Abu Dhabi back in November.

The UK 66.6kg #3 took to social media earlier this evening to make the announcement and thank Sitsongpeenong gym in Phuket for making another great fight.

Follow us on Facebook and Instagram to stay up-to-date with all the latest news on Jack Kennedy’s fight news. Click here to see Jack Kennedy’s full fighter profile, including fight record, biography and fight history.