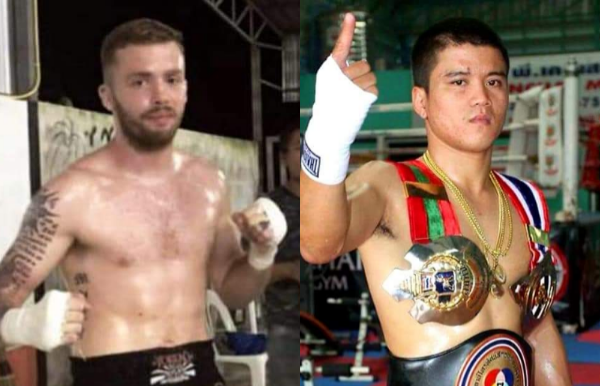 Maguire, who now trains with Jack Kennedy at Imperial Thai Boxing in Southport, will fly to Thailand this week to finish his training camp at Rawai Stadium Gym ahead of the fight with the former Lumpini Stadium champion, Pongsiri.

We recently spoke to Maguire to get his thoughts on the upcoming fight and what he has planned for the rest of 2019.

How do you feel about fighting on TOPKING against Pongsiri?

Jack: “I can’t wait to fight on TOPKING World Series; it’s one of the biggest shows in Thailand and I’ve dreamed of fighting on this show since I was a teenager and now I’ve got the chance to fight on the show against a top-level Thai, Pongsiri PKSaenchaigym.”

How has training been going? Anything specific you have been working on for this fight?

Jack: “I’ve been training hard for this fight with everyone at Imperial Gym, as there is a lot of high level fighters here. Training is always amazing and we all push each other and help each other.

“I’ve got a good game plan for this fight with Pongsiri and hopefully I can come away with the win for me and my team and show I deserve to be in fights like this.”

Jack: “I fly to Thailand in a couple of days to finish my camp off for this fight, then hopefully if everything goes to plan I will fight again in Thailand before I come home. Then when I’m back, I want to start climbing the UK rankings.”

View Jack Maguire’s and all other Imperial gym fighter profiles and records by signing-up to the Fight Record fighter database. Sign-up here.