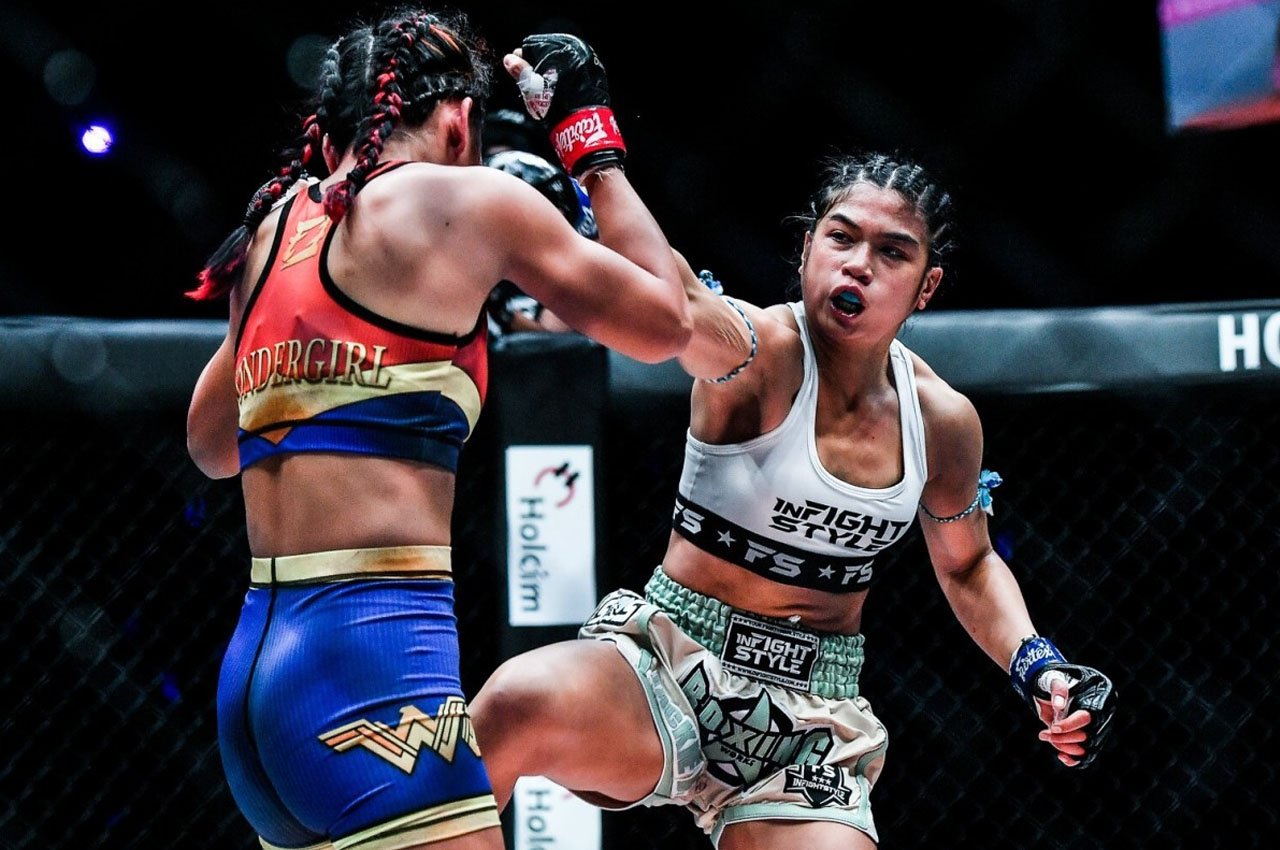 Last month, Jackie Buntan shocked the World with her sensational ONE Championship debut.

Facing Wondergirl Fairtex, many pundits and fans wrote off Buntan’s chances of a win.

Despite that, Jackie Buntan executed the gameplan perfectly.

Showing incredible footwork and boxing skills, Buntan dropped Wondergirl at the end of the first round on her way to a unanimous points victory.

Not only did she take a huge win in her ONE Championship debut, but the incredibly dominant performance caught the attention of Muay Thai enthusiasts around the World.

In the latest update after Muay Thai results throughout March, the WBC Muaythai promoted Jackie Buntan to #5 in the female Muay Thai Super-Bantamweight World rankings.

Buntan now accompanies many of the World’s best female fighters in the 122lbs rankings. This includes the likes of Sawsing Sor.Sopit, Iman Barlow, Anissa Meksen and many more.

Who should Jackie Buntan face next?

Who do you think Jackie Buntan should face in her next ONE Championship bout?