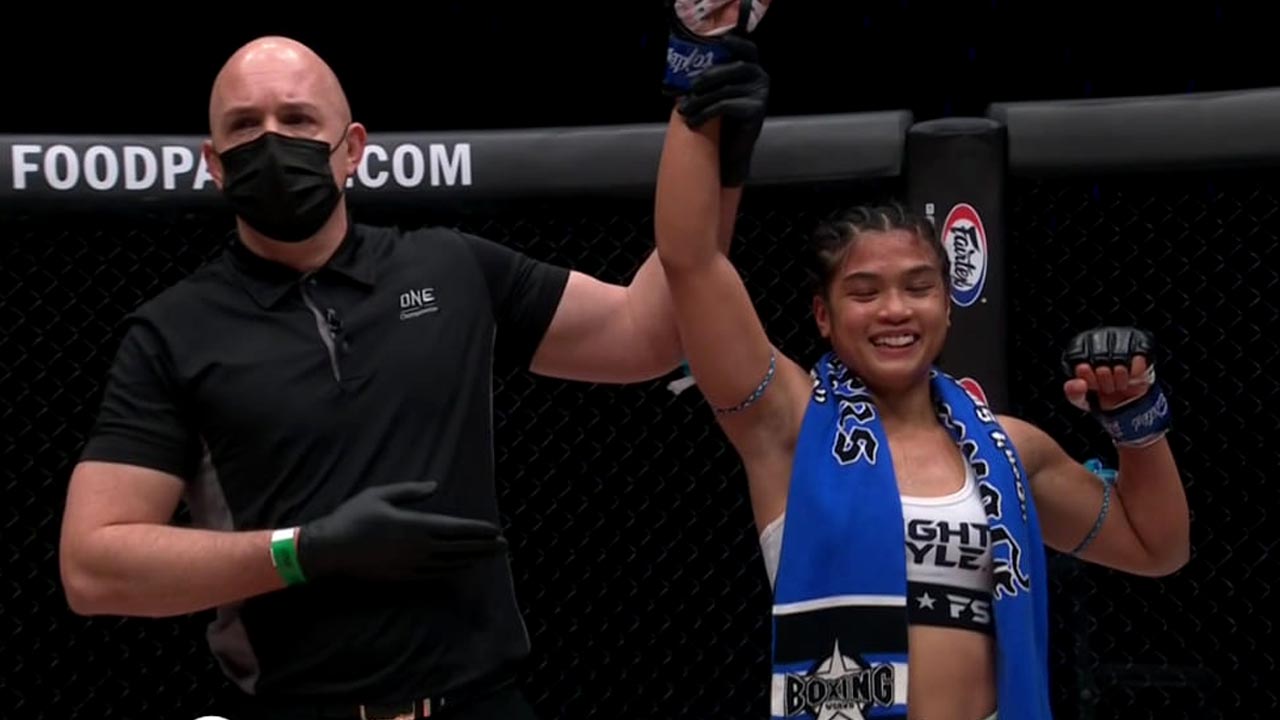 From the opening bell, Jackie Buntan came out with fast hands, landing quick boxing combinations. Towards the end of the first round, a left hook landed flush and dropped Wondergirl.

Looking visibily dazed, Wondergirl made it to her feet and survived the round when the bell rang to signal the end of the round.

As the second round started, it was clear the earlier knockdown had taken Wondergirl off her stride. Looking flat footed, she seemed to have no answer for Jackie Buntan‘s lightning fast boxing and footwork.

Buntan continued to find more success throughout rounds two and three to stroll to a dominant unanimous points decision.