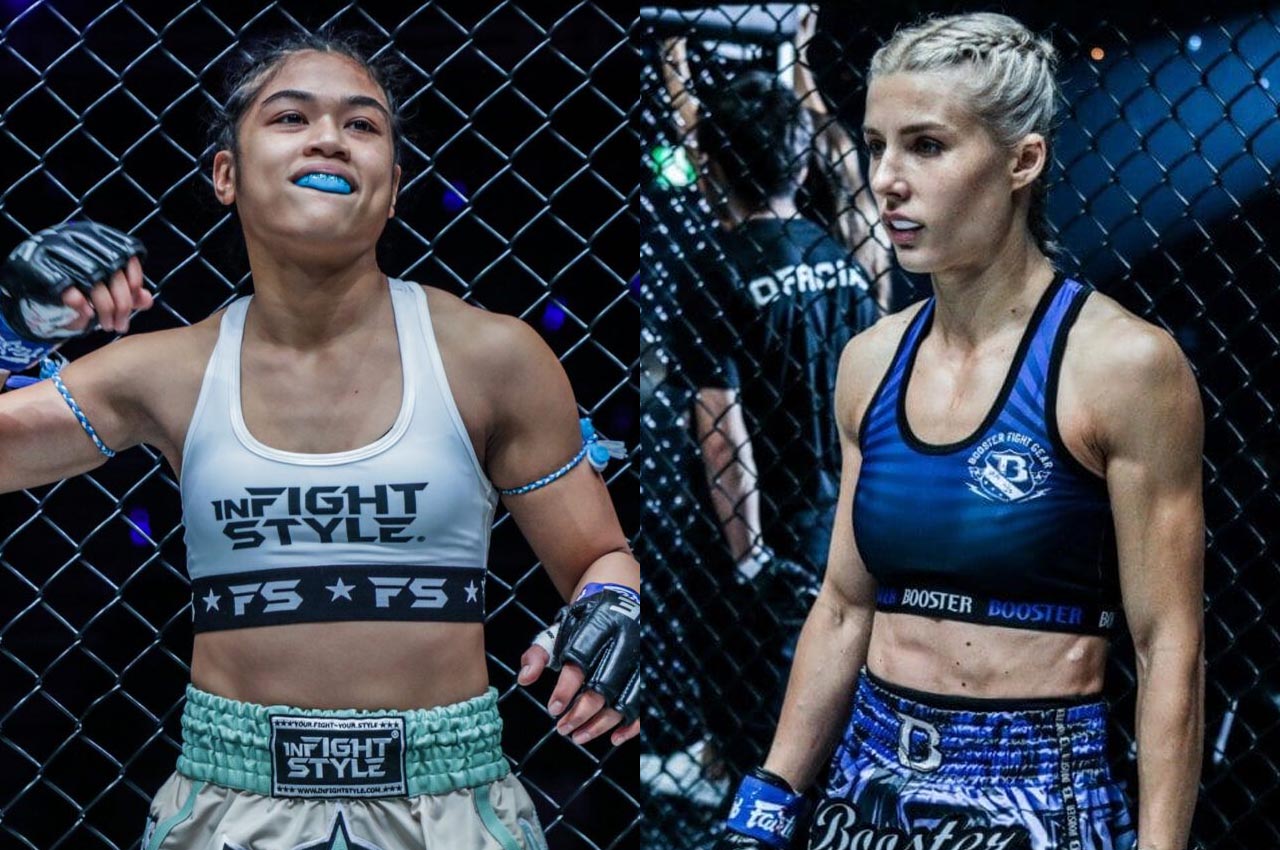 This coming Wednesday night / Thursday morning, Jackie Buntan will make her second appearance in ONE Championship.

The American-Filipino – who is the team-mate of current ONE Atomweight Kickboxing World champion, Janet Todd – burst onto the ONE Super Series scene with a sensational debut in March.

Going up against Wondergirl, who had made relatively easy work of her opponents in ONE Championship so far, many fans and pundits had written-off Buntan’s chances.

The Boxing Works fighter, from California, put on a clinical display of boxing and footwork.

Jackie Buntan caught Wondergirl with a huge left-hook near the end of the first round on her way to a dominant three-round unanimous decision victory.

Jackie Buntan vs Ekaterina Vandaryeva will take place at ONE on TNT 4. The card will air early AM on Thursday 29th April in Asia and Europe, and PM on Wednesday 28th April on America.

The female fight is the only Muay Thai rules bout scheduled on the six bout card.

What time does ONE Championship start?

The lead card is set to kick off at 8.30am on Thursday 29th April in Singapore.

What time will Jackie Buntan be fighting?

Jackie Buntan is scheduled as bout #2 on the ONE on TNT 4 card.

With the first bout scheduled to take place at 8.30pm EST / 5.30pm PST, Jackie Buntan will be expected to make her ring walk at around 9pm EST / 6pm PST in the US on Wednesday 28th April.