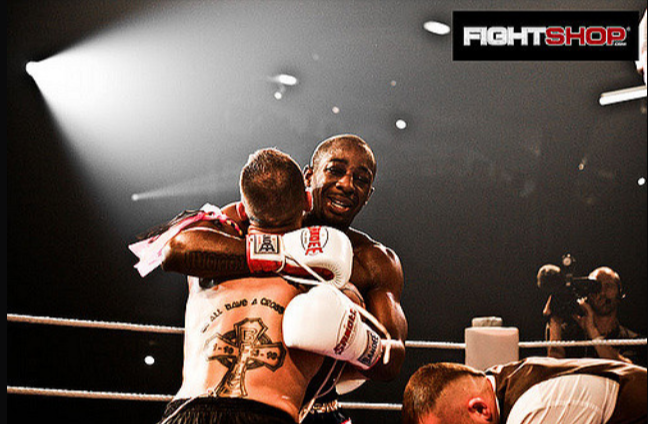 So everyone who is anyone knows who James France is. Also known as Badger, James France has been retired for the past four years and has vowed that he wouldn’t return from retirement. Until now. It was announced last night that France would return. Not to the ring though as you might expect. It will be to the cage.

France isn’t an MMA fighter I hear you say? Correct. Extreme Cage Wars brought to you by Legions’ Dave Phillips and Bad Company’s home-grown champion, Liam Harrison. France will return to the octagon in 4oz MMA gloves to fight a bout in full Thai rules. Inspired by John Wayne Parr’s Caged Muay Thai, bringing the bang over to the UK this event will surely deliver a knock out night.

With fighters already lined up for the event which is set to take place in York and the 4th August, there isn’t just France that is making his return. Dave Phillips has also agreed to brave another fight camp to fight in 4oz gloves. There will be some very interest fights lined up for this event, with MMA, K1 and Thai rule bouts all in the pipeline for the crowds at Energise centre in York.

Everyone should be paying attention to this. With Badger coming out of retirement this event will be one to remember. Badger is best known for his technicality and ring IQ. Having been out of the game for four years he has said that this will be the last time that he fights. What a stage to do it on.

Keep your eyes peeled on the Extreme Cage Wars Facebook page for developments and match-ups that will be announced over the coming weeks and months. You won’t want to miss out on this one, that’s for sure!