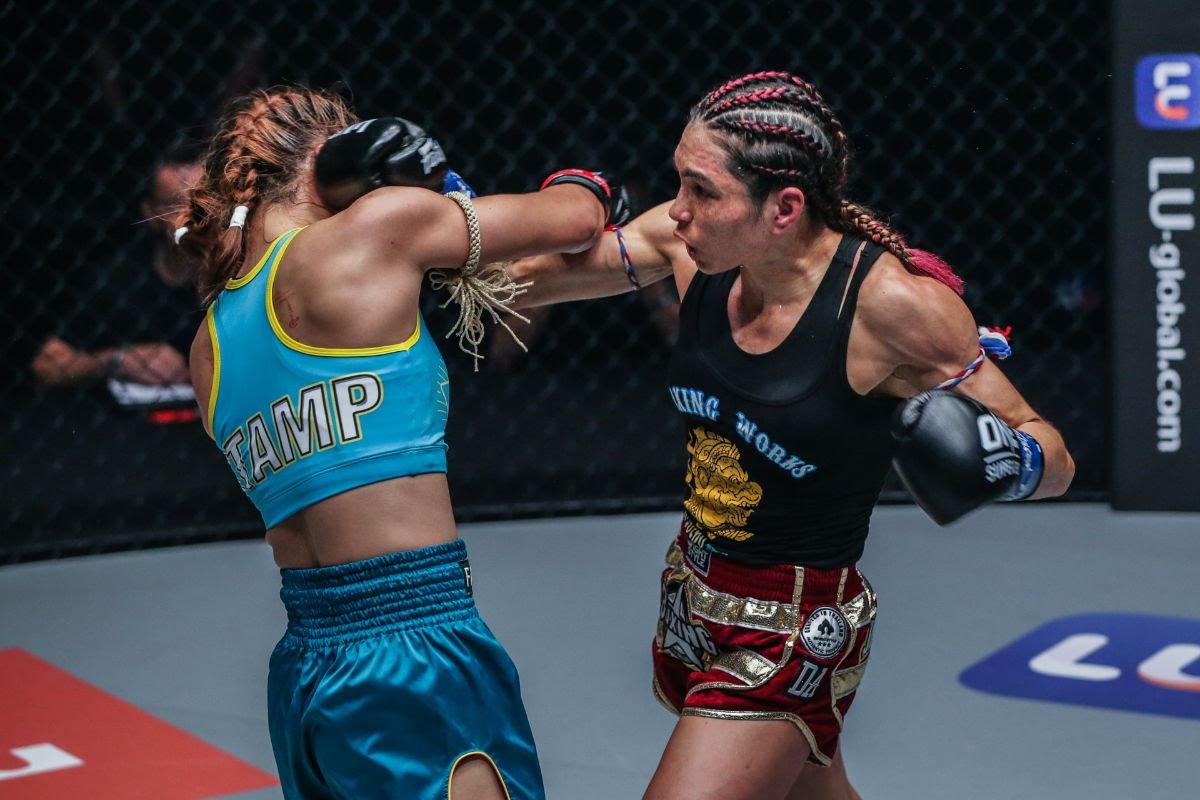 Current ONE Atomweight Kickboxing World champion Janet Todd will step back into the ONE Championship ring next month. She will face Alma Juniku in a three-round Muay Thai bout at ONE: FISTS OF FURY III on 19th March.

Back in February 2019, Janet Todd arrived on the ONE Championship scene in a fierce bout against Stamp Fairtex. On that occasion, the ONE Atomweight Muay Thai World title slipped from her grasp as Stamp Fairtex took the decision to win the title.

Since then though, “JT” has gone on a four-fight win streak, including winning the ONE Atomweight Kickboxing World title in a rematch against Stamp Fairtex, dethroning the former two-sport World champion almost one year ago.

Now, Janet has her sights set on becoming ONE Championship’s next female two-sport World champion by returning to her Muay Thai roots.

Ranked #4 in the ONE Women’s Atomweight Muay Thai World rankings, the Australia female Muay Thai star Alma Juniku will be no easy task for Janet Todd.

Fifteen-years her elder, though, Janet Todd is confident her hard work and experience will be enough to overcome the challenge of the young, aggressive Aussie.

In a quote published by ONE Championship, Janet Todd said;

“My goal for the year is to be able to fight my way to the top of the Muay Thai rankings and be able to potentially fight for the title. That is still part of my dream – to be able to capture the ONE Atomweight Muay Thai World Title as well.”