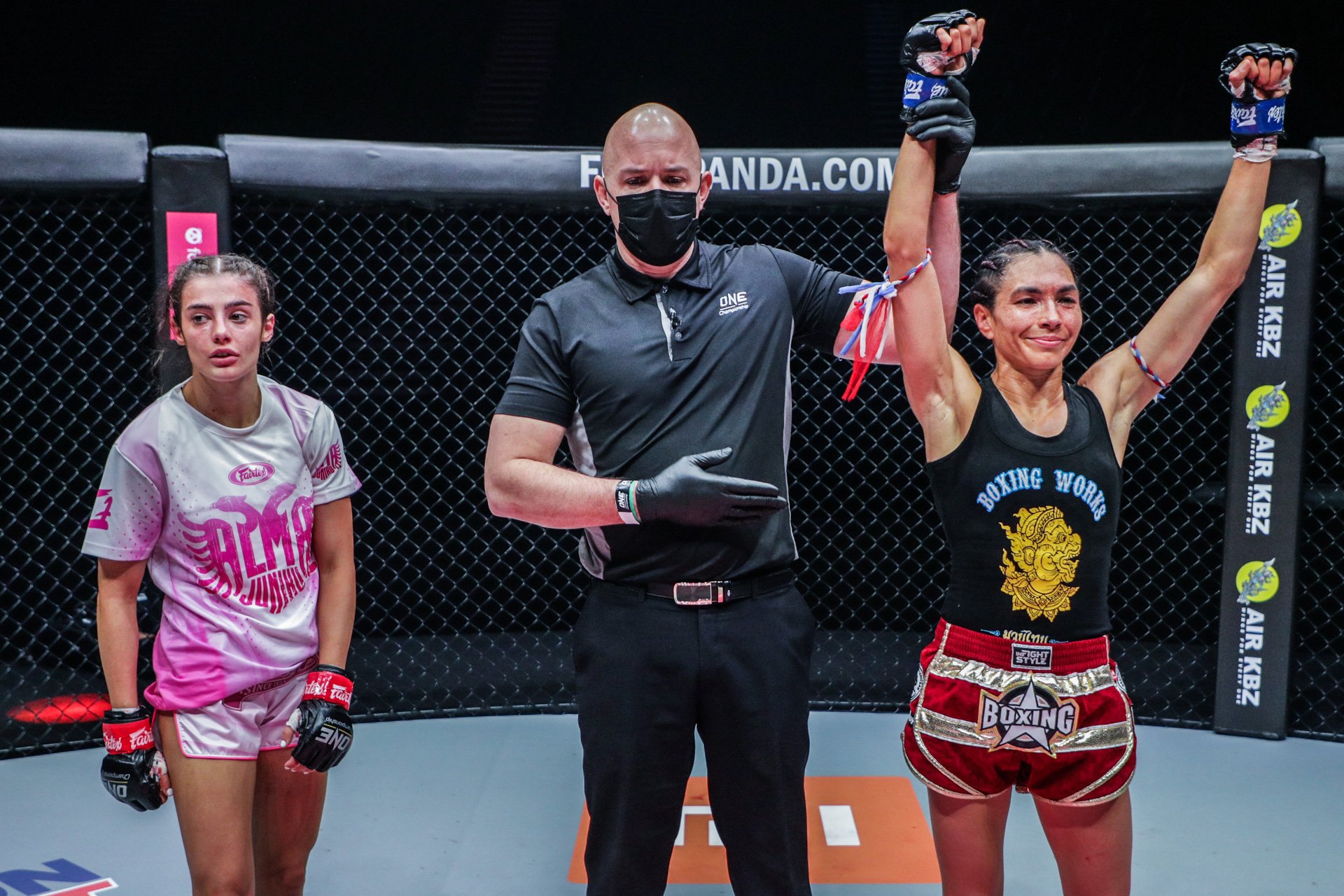 Earlier today, Janet Todd faced Alma Juniku in an Atomweight Muay Thai contest at ONE: Fists of Fury 3. The previously recorded event aired via the ONE Super App and ONE Championship YouTube channel.

The female Muay Thai fight, which was held at the Singapore Indoor Stadium, went the full three rounds, ending in a unanimous points victory for the American, Janet Todd.

The unofficial scorecard showed Alma edging the fight after the first round, but later in the second round Janet Todd power and aggression took control of the bout as she dropped the Australian with a heavy punch.

The knockdown seemed to knock Alma Juniku off her stride as she stayed out of distance throughout the third and final round. She attempted to land some elbows in the final few moments but it wasn’t enough to convince the judges as all three awarded the bout to Janet Todd.

Now on a five fight win streak in ONE Super Series, who should Janet Todd face next?

After winning the ONE Atomweight Kickboxing World title last year, Janet Todd has said she wants to challenge for the Muay Thai title and become the next ONE Championship two-sport World champion.