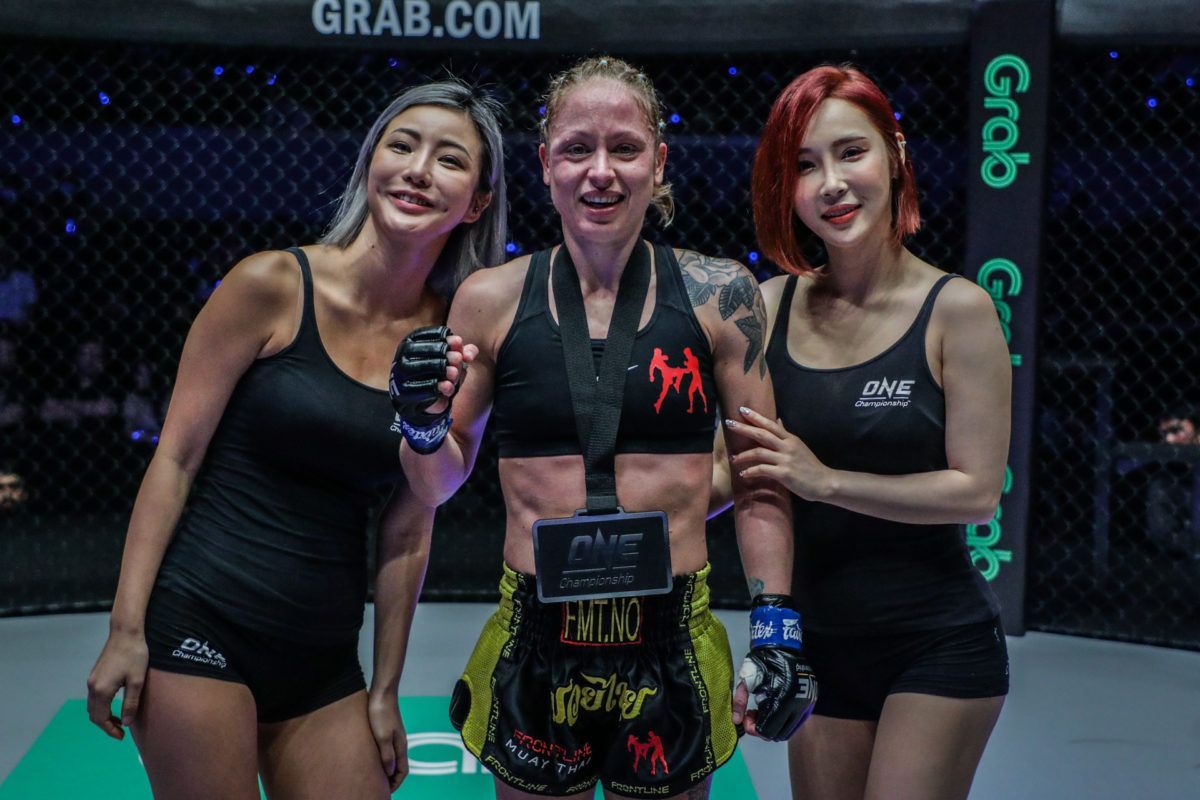 Fresh off a big win over Alma Juniku at ONE: Fists of Fury 3, Janet Todd will return to the ring next month on the epic ONE on TNT event series.

She will now make her return to ONE Championship in a Muay Thai match-up against Janet Todd. The fight will likely determine who will be the next challenger for the Atomweight Muay Thai World title.

When asked about her thoughts on the fight with Janet Todd, Hogstad said;

“I have been waiting for a fight for so long now. After the fight with Alma, I was hoping for either Stamp Fairtex or Janet Todd, so this means a lot to me.”

She continued, “I hope that this fight will bring me closer to a title fight; this is my biggest dream.”

Like many others around the World, the Norwegian, from Oslo, has faced some tough times over the past 12 months. Due to COVID-19 restrictions and gym closures, Anne Line has been forced to train mostly at home and has recently turned her bedroom into a makeshift gym.

With more than 50 fights in her career, Anne Line Hogstad has fought many of the World’s best female Muay Thai fighters in her weight division.

Although she has been on the wrong end of decisions in recent years, her resume shows she’s always ready to challenge the best. Amy Pirnie, Josefine Lindgren Knutsson, Meryem Uslu and Rhona Walker are just some of the names she’s fought recently.

Now the two-time ISKA Muay Thai World champion gets a huge opportunity to propel herself into ONE Championship World contendership when she faces Janet Todd at ONE on TNT II next month.