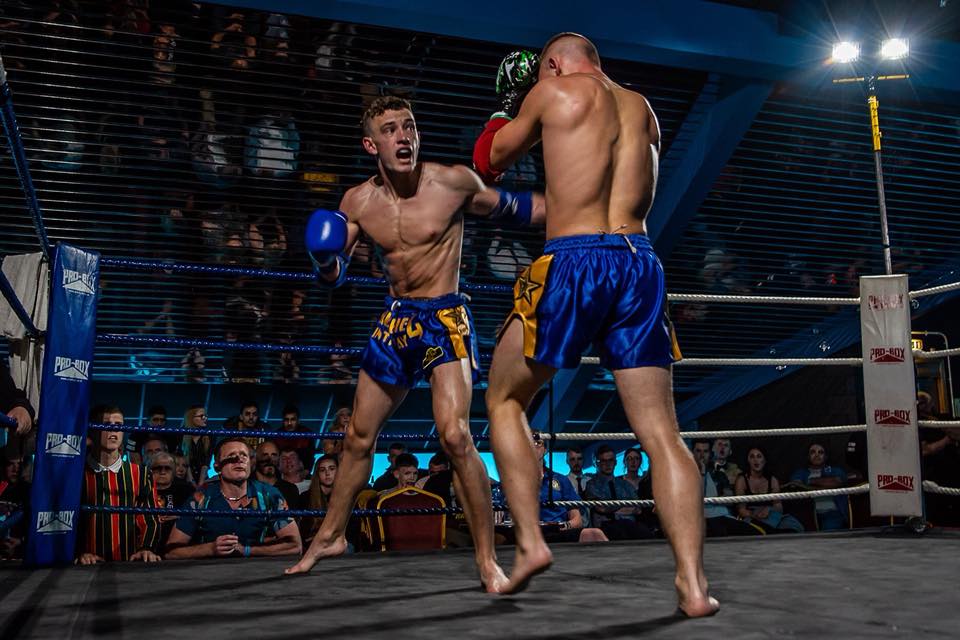 This Saturday, one of Ireland’s best Super-Bantamweights will take on one of the UK’s best as Jay Counsel flies in from Dublin to face Stephen Irvine in the headlining bout at Evolution Muay Thai.

After Stephen Irvine spoke out about his thoughts on his opponent this weekend, the Irishman Jay Counsel was quick to respond.

“I’ve watched a few of his fights on YouTube, and I can see he doesn’t like to fight“, Jay told us.

“He has called me out, but I’m not the boogeyman, you only need to say my name once and I’ll appear.”

When asked about his training camp and preparation for this fight, Counsel replied; “Training has been bang on for this one. I’ve been flat out for the last nine-weeks. I am more prepared for this fight than I have been for any other fight.

“No particular strategy for this fight, I’m just going to go in there and flow like I always do.”

Talking about Irvine’s fighting style, Counsel added; “He is a very slow-paced fighter and tries to hold out on points.

“I go straight in there looking to take people’s jaws off their face, and this fight will be no different.”

When asked about his plans for the rest of 2019, Jay said; “I want to get one more fight in before the end of the year, and hopefully add another belt to the collection.”