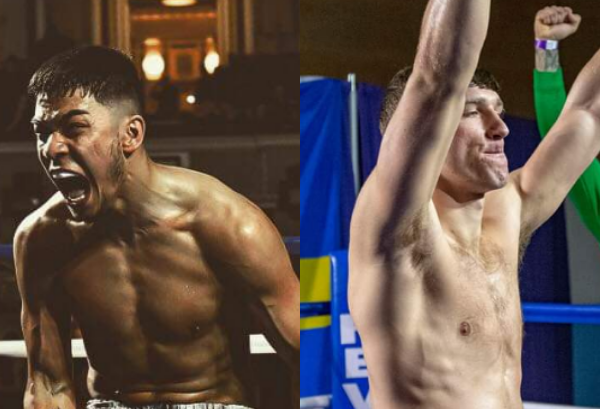 Fresh of winning the KGP British title at Road to MTGP in Birmingham at the weekend, MTK Promotions announced on Sunday that Jay Steele will face Sam Brown at their next Champions Collide event in June.

When asked about his win at the weekend, Jay, who is currently ranked #3 at 82.5kg, said;

“I’m feeling confident in myself after my win Saturday, it wasn’t my best performance but I still managed to come out on top even though my opponent had a weight advantage.”

Moving on to his next fight against Twins Academy’s Sam Brown, Jay added;

“I’m looking forward to showing what I can actually do come June. As for Sam, I don’t really know much about him or seen him fight, but I will expect to be getting in with a top class opponent.”

Brown, who beat John Wiggans at YOKKAO 31 back in October 2018 and impressed with a first-round stoppage over GTBA’s Andy Maguire at Victory IV in December, will be facing the current UK 82.5kg #5, Mike Moxon in a rematch at Roar 13 before the fight with Jay Steele in June.

A win over Mike Moxon would propel Brown into the top 5 in the UK at 82.5kg and will make for an exciting bout when he faces Steele in the co-main event at Champions Collide.

When asked about the upcoming fight with Jay, the Twins Academy heavy-hitter, Brown said;

“He’s got a very respectable record and and got a vast amount of experience over me, but it’s going to take him a lot more than that to get a result.”

Brown added, “His fight against Rob Allen said a lot about him for me; when the going gets tough, he doesn’t get going.”