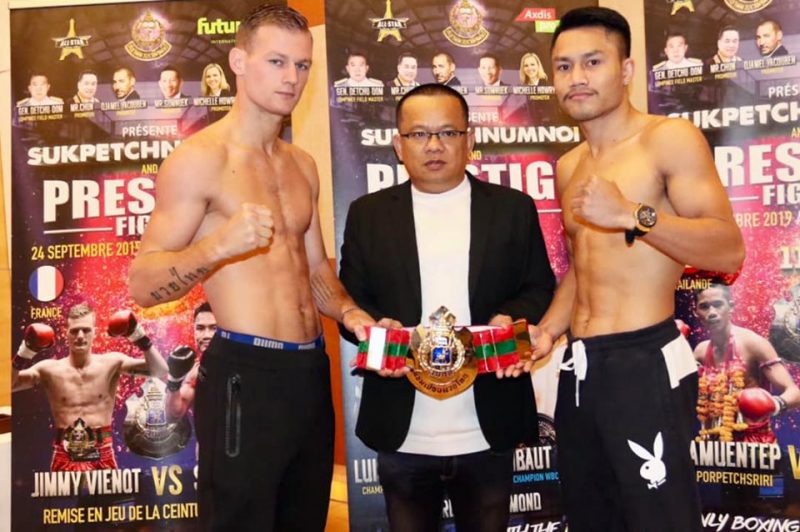 The pair met at Rajadamnern Stadium in August last year, competing for the WMC Middleweight World title. After defending the title on three previous occassions, the Thai Sorgraw was the favourite in the bout, but the Frenchman emerged the winner, shocking the home crowd.

They will now face each-other again in a rematch for the Stadium title at the 5,000 capacity Lumpini Stadium on Tuesday 24th September.

The quadruple-time World champion, Jimmy Vienot, is coming off a big win over Vedat Hoduk on ARENA FIGHT in France, as well as claiming the IFMA Gold medal in Bangkok earlier this summer.

He has been in the land of smiles for the past week preparing for the bout with ONE Championship-signed fighter Sorgraw Petchyindee Academy, who is coming off a win over Scotland’s George Mann in his last appearance.

Follow us on Facebook and tap ‘See First’ to make sure you don’t miss the live stream for this prestigious bout at Lumpini Stadium on Tuesday afternoon.