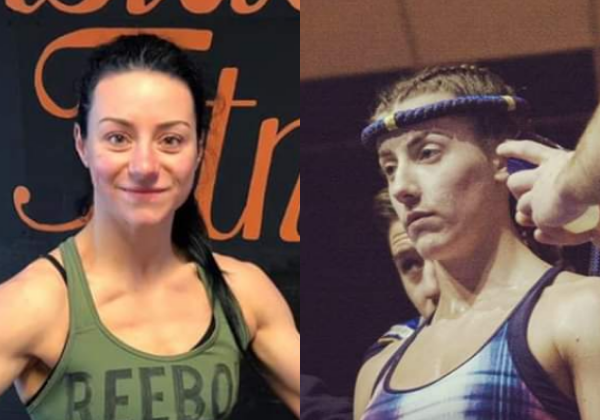 The female 59kg Lightweight division is stacked full of talent at the moment and perhaps one of the busiest in the UK for fighters moving positions in the rankings.

Topped by the #1 Niamh Kinehan, the divison consists of strong challengers from every position including Lucy Payne, Sammy Jo Luxton, Nichola Seddon and more.

This weekend another two of the top eight in the UK will go head-to-head as #3 Christie Price and #5 Jodie Clunan clash at MTGP 27 this Saturday 29th June.

After an exchange of words between the two earlier this year over a potential match-up and their spots in the rankings, they will finally come face-to-face and settle the dispute at the BEC Arena in Manchester this weekend.

“Preparation for this fight couldn’t have gone better”, Jodie told us. “After finishing my last fight against Katie Rand via third round stoppage, it left seven-weeks to prepare for this one, so with no injuries I was straight back to it with no fitness lost between camps.”

She continued, “In my last fight I found myself again and who I am as a fighter, so I’m looking forward to bringing a bigger, better and stronger version of myself to the big stage.”

“I’ve trained really hard for this (as always), three-times a day not including skipping or running so I’m confident I can keep the momentum going and get another stoppage this weekend!”, Jodie added.

When asked about the dispute over the match-up, Jodie said, “There was never any bad words spoken, I just had to set the record straight as Christie was under the impression I’d been dodging the fight with her.”

She continued, “That wasn’t the case though, as she was ranked 8th at the time and I had been fighting then #1 Lucy Payne and #2 Ashley Beattie. At the end of the day, this is a sport, I just plan on leaving the arguing and doing what I do best, fighting! I’m looking forward to putting an end to the dispute on Saturday.”

Her opponent, Christie Price, is unbeaten in her career and is coming off a draw against Jo Price at Rise to the Top 4 in Sheffield back in March.

“Camp has gone really well for this fight”, Christie told us. “I have kicked training up an extra gear and added a few new tricks to my arsenal.”

“I’m excited to be fighting on this big show up north on Saturday amongst some of the best female talent in the UK at the moment”, she continued. “I’m definitely looking to make a statement with this fight and show why I am ranked above her.”

Who do you think wins this bout between two of the best in the country at 59kg? Will Christie prove why she is above Jodie in the rankings, or will Jodie hand Christie her first loss and catapult herself back into the top three? Let us know in the comments below.