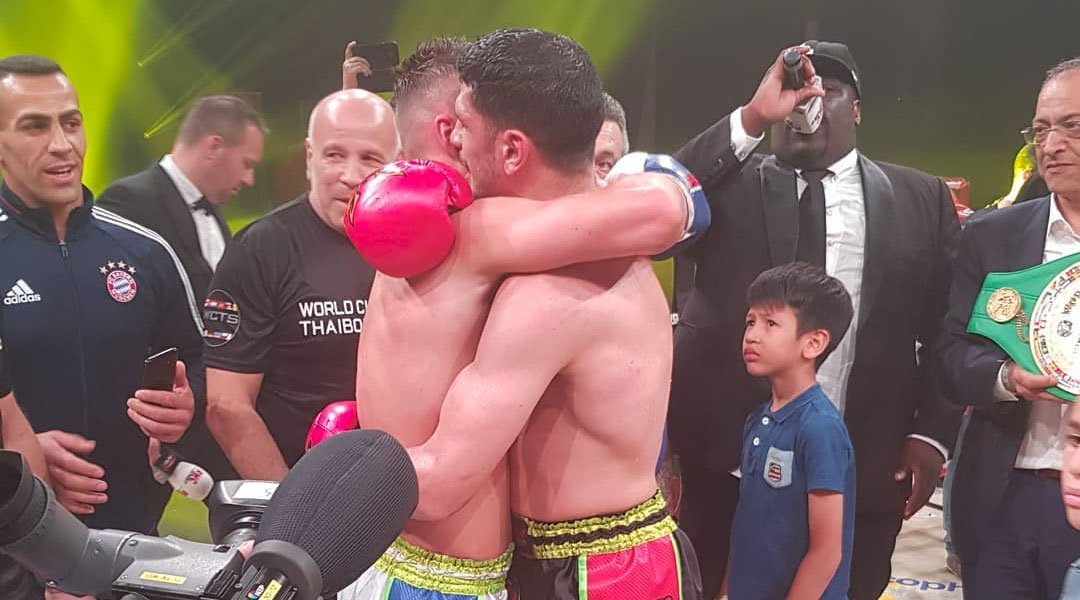 Last night, the whole of the UK were behind Joe Craven as he stepped up to take on the World #1 and WBC Champion, Youssef Boughanem, in his hometown of Brussels, Belgium.

21-year old Craven, who has dominated the domestic scene, took the huge leap up to face one of the World’s elite, and arguably the best fighter in the World at the moment, Youssef Boughanem, who has been unstoppable in recent years, dominating the majority of his opponents including some of the best Thai’s at Rajadamnern and Lumpini Stadiums.

Craven showed true grit and heart as he came out in the early exchanges, landing some vicious combinations that caught the attention of “The Terminator” Youssef Boughanem.

They continued to exchange shots throughout the early rounds, both scoring well in what was a very even contest, but it was Boughanem that landed some heavy combinations in the fourth round which dropped Craven after the referee pushed Boughanem away.

After a second standing eight-count, the referee waved the fight off after a brave and gutsy performance by the Bad Company star which has surely gained a lot of fans.

“It was a great experience and just another stepping stone to becoming #1 in the World.”

What’s next for Joe Craven? In an interview we did with the Bad Company star, he mentioned a fight he has booked in but nothing he can announce just yet.

You can view Joe Craven’s full fighter record and profile here. If you would like to get your fighter profile and get featured on our website and social media channels, you can submit your fighter information on this form.