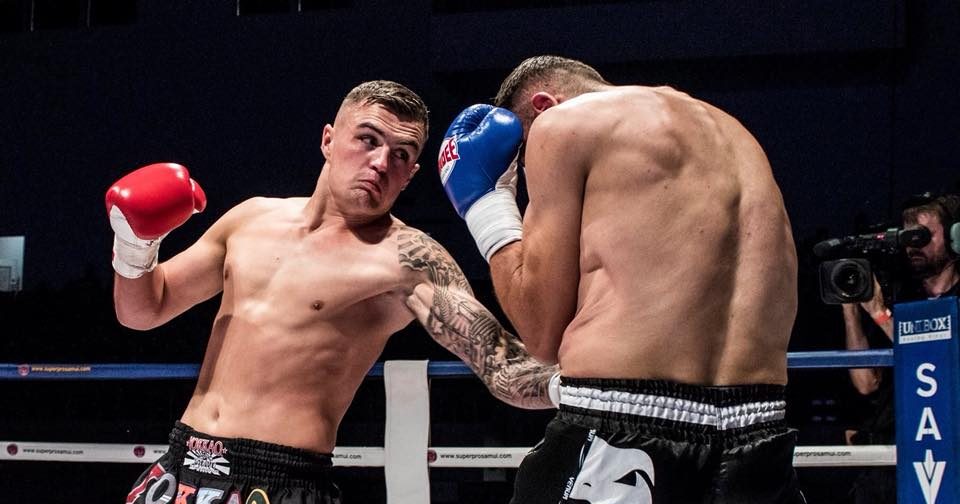 The countdown is on! We are just one week away from one of the biggest Muay Thai events in the UK. YOKKAO once again returns to the Macron Stadium in Bolton next weekend with a stacked card at YOKKAO 37 & 38.

One of the main attractions of the night is the return of 72.5kg #1 Joe Craven against former ranked Chris Shaw of ULT Muay Thai in Scotland.

Our reporters spoke with the Bad Company fighter earlier this week to get his thoughts on the upcoming fight with Chris Shaw and his next fight against WBC World champion and World #1 Youssef Boughanem in April.

How has training been over in Thailand? Who did you training with and what was the experience like?

Joe: “Training has been going ace! I’ve had a really good camp! Very intense in Thailand, I trained at the YOKKAO Training Centre in Bangkok and really mixed it up with the Thai’s.

“My main trainer was Petchmongkon, a top level Thai, but I was sparring with all the lads from the gym and doing boxing with Thailand’s former Olympic boxing coach! It was a great experience!”

Anything specific you have been working on for the fight with Chris? Are you confident of maintaining your number 1 spot?

Joe: “I never really work on specific things for fights, I like to focus on my game! Chris is a top level opponent, obviously he will be bringing his game, but I don’t think anyone on this planet at 72.5kg can beat me never mind the UK.

You’re #5 in the world now and fighting Youssef Boughanem for the WBC World title in April. He also beat Jake Purdy recently. What’s your thoughts on the match up with him?

“Being honest my main focus at the moment is Chris; I don’t like to think ahead of fights. Obviously I have had thoughts about Youssef and definitely think I could beat him or I wouldn’t be taking the fight.

“He beat Purdy but so did I and being honest you didn’t see me at my best against Purdy. But I’ve learnt from my mistakes in that fight and trust me you will see a new WBC World Champion!”

Lastly how is the rest of the year looking? Anything else booked in?

“Well I’ve got the fight with Chris next week and the fight with Youssef the month after, so I’ve got a busy couple of months ahead. As people know I’m managed by Enfusion so whatever fights they throw my way I’ll be taking.

“I want to be as active as possible this year, this is the stage I can really make a name for myself!”