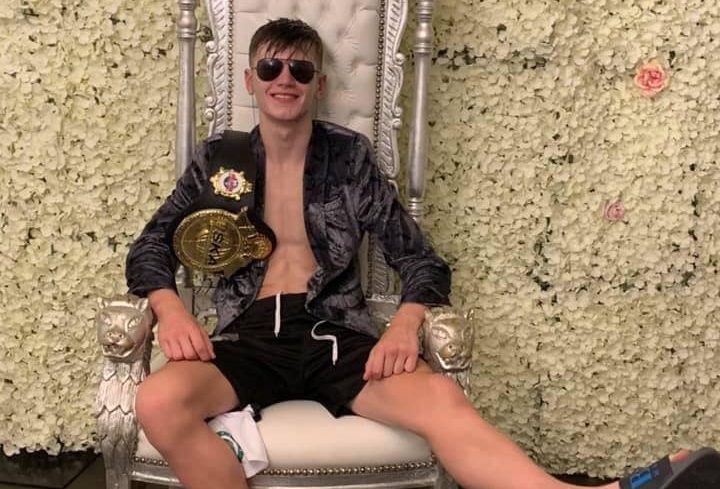 One of the UK’s prosperous young talents, Joe Ryan, claimed his 7th world title with a win over Brazil’s Juan Inseto at MASDA Fight Night in Liverpool on Saturday night.

The 2018 IFMA Junior World Champion reportedly sold almost 100 tickets to his supporters when he faced the Brazilian in his hometown of Liverpool, and had a massive crowd cheering him on his way to winning the ISKA World title.

Listen to that support🤩 had a really difficult fight last night against an older much heavier Brazilian but managed the win through biting my gummy and scoring well👌🏼 the boy was back breaking the whole fight as well as using other illegal throws and sweeps and the MMA referee was clearly unaware of the rules🤦🏻‍♂️I won every round apart from the 4th where I received a count off 3 elbows with no padding as the boy’s elbow pad had slipped and was around his wrist🥴fair play to Juan he had serious power👏🏼I showed last night that I’m not just all technique and I can stand and bang too🤛🏼thanks to the 100+ people there supporting me, the atmosphere was class🔥

The win is Joe‘s 54th of his young career and leaves him unbeaten in the UK in almost five-years.