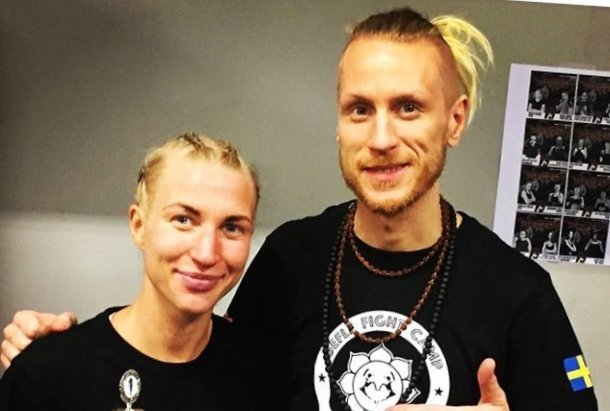 After competing for just one year, Johanna has now notched up seven straight victories and is quickly becoming known as one of Sweden’s best flyweight prospects.

After realising her opponent relies on her hands, Johanna closed the distance and unleashed some sharp knees and explosive elbows, forcing an early eight-count to her opponent.

In the third round, the onslaught continued, and after Saddiqa survived a second eight-count, Johanna didn’t let her off the hook, chasing her down into the corner and took her out with a series of knees to earn a TKO win.

“As Johanna’s trainer and coach, I couldn’t be happier with the performance as we had trained those knees a lot for this fight, and more specific on how to land them against a boxing-heavy opponent, and it worked like a charm.

“There is a lot of work going into training a full contact fighter, only a coach would know this, but the reward of a successful fight camp and fight night is an unbelievable high. It means your team works.”