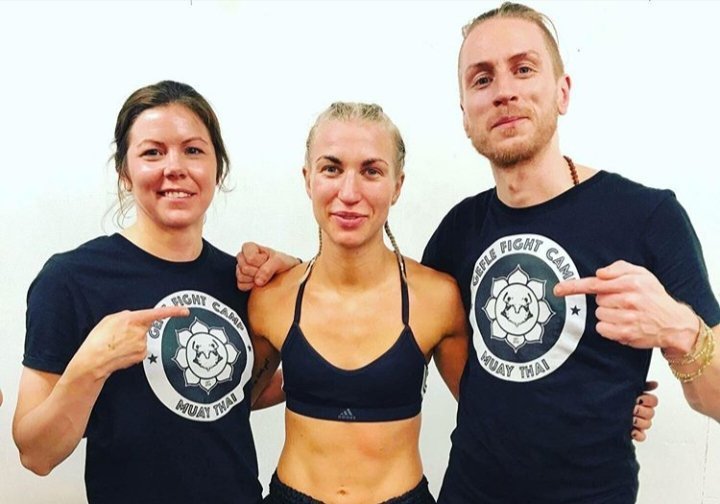 Just one year into her fighting career, Johanna has racked up five wins with three of those coming via stoppage, including a points win over Sofia Holmer of Odenplan Fightgym in Stockholm.

“Johanna went up a weight class (54kg) for this fight, but weighed-in at 52.5kg , so we figured she’ll go for volume and speed and her aggressive style.”

We spoke with Johanna’s coach David Lehnberg to get his thoughts on the victory.

“We aimed to kick the body a lot to lower her opponents guard and then kick the head. And that’s what happened, after only 56-seconds as Johanna faked with her right leg to set up the left kick, and that kick lands to drop her opponent but referee catches her and then stops the fight.”

Lehnberg continued, “And now she’ll be back in the gym on Monday, training for next fight at FMT OPEN 37 in two weeks where she faces Milena Mccabe.”

“She’s also booked for at least two other fights after the summer. The idea is to keep her active and to have her compete in the Swedish Championships in 2020.”

“She’s only been active for a year, and is 5-0. Three of those wins by KO/TKO. That stands for something.”