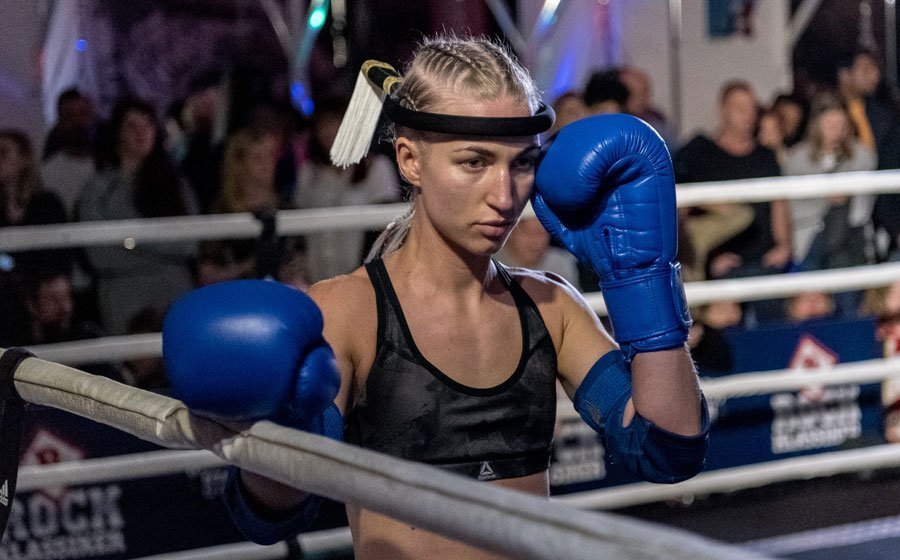 One of Sweden’s top domestic Muay Thai promotions, Empire Fighting Series, have been announcing some huge fights for their next event in April.

Persson, of Gëfle Fight Camp, is unbeaten in her Muay Thai career.

After entering her first Swedish National championship last year, she beat Jessica Pettersson to win gold in the -48kg category.

Her only fight since then was against Lauren Kertesz, where she took away a split decision win in their B-Class bout at TMT Fightday 4 in September 2020.

Now they will clash in a rematch under full Thai rules at Empire Fighting Series in just two weeks.

Lauren, of Malmö Muay Thai, is no stranger to tough opposition.

As well as her last bout against Johanna Persson, “Little K” has also fought many of Sweden’s top female Muay Thai fighters.

Uma Galli, Lisa Mattsson and Josefine Lindgren Knutsson are just some of the names the Malmö fighter has shared the ring with.

The pair will join a stacked line-up of top Swedish talent, which includes three other female Muay Thai fights. They are;