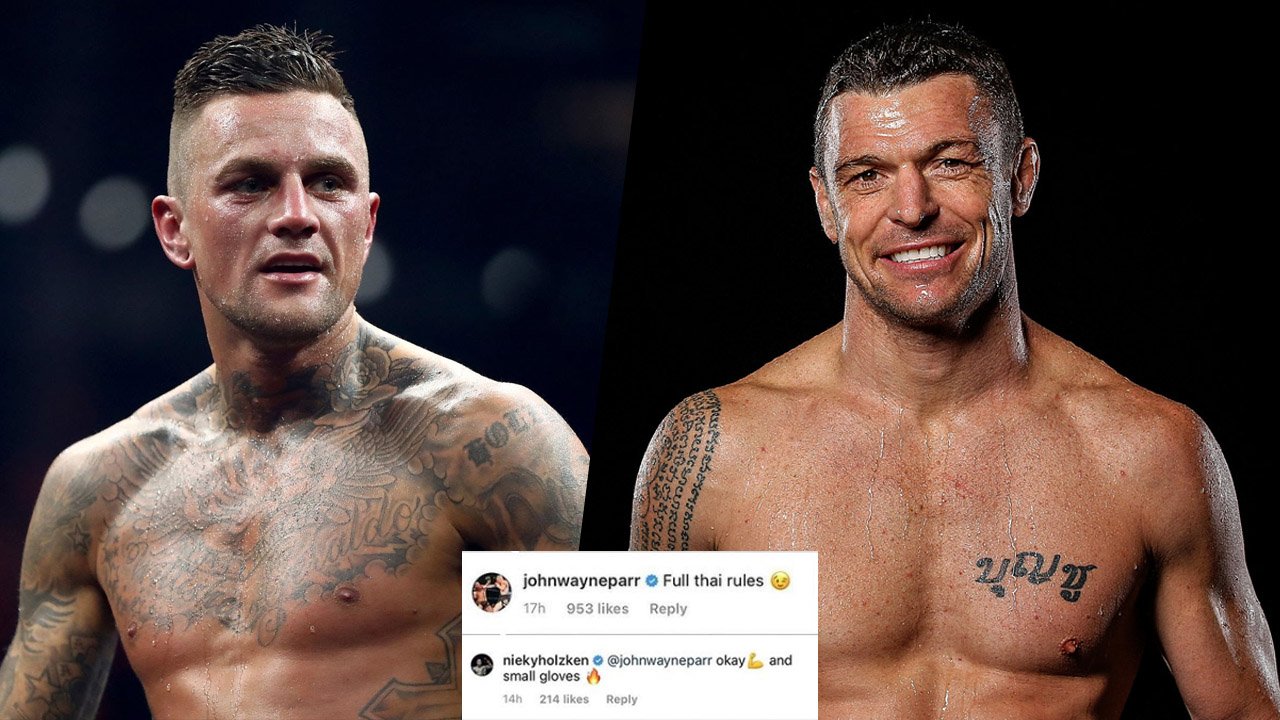 Dutch kickboxing star Nieky Holzken is known as one of the greatest kickboxers of the modern era. He is a former GLORY Kickboxing World champion and a current ONE Championship Kickboxing title contender.

In a recent post, he issued a challenge for the attention of Muay Thai legend, John Wayne Parr.

John Wayne Parr is a ten-time Muay Thai World champion and known as one of the greatest foreign Muay Thai fighters of all time. The Australian signed to ONE Championship in 2020 but is yet to make his debut.

It didn’t take long for veteran to respond to Nieky Holzken’s challenge.

Drop a 👍 and share on Facebook if you would like to see John Wayne Parr make his ONE Championship debut in a Muay Thai bout in 4oz gloves against Nieky Holzken!