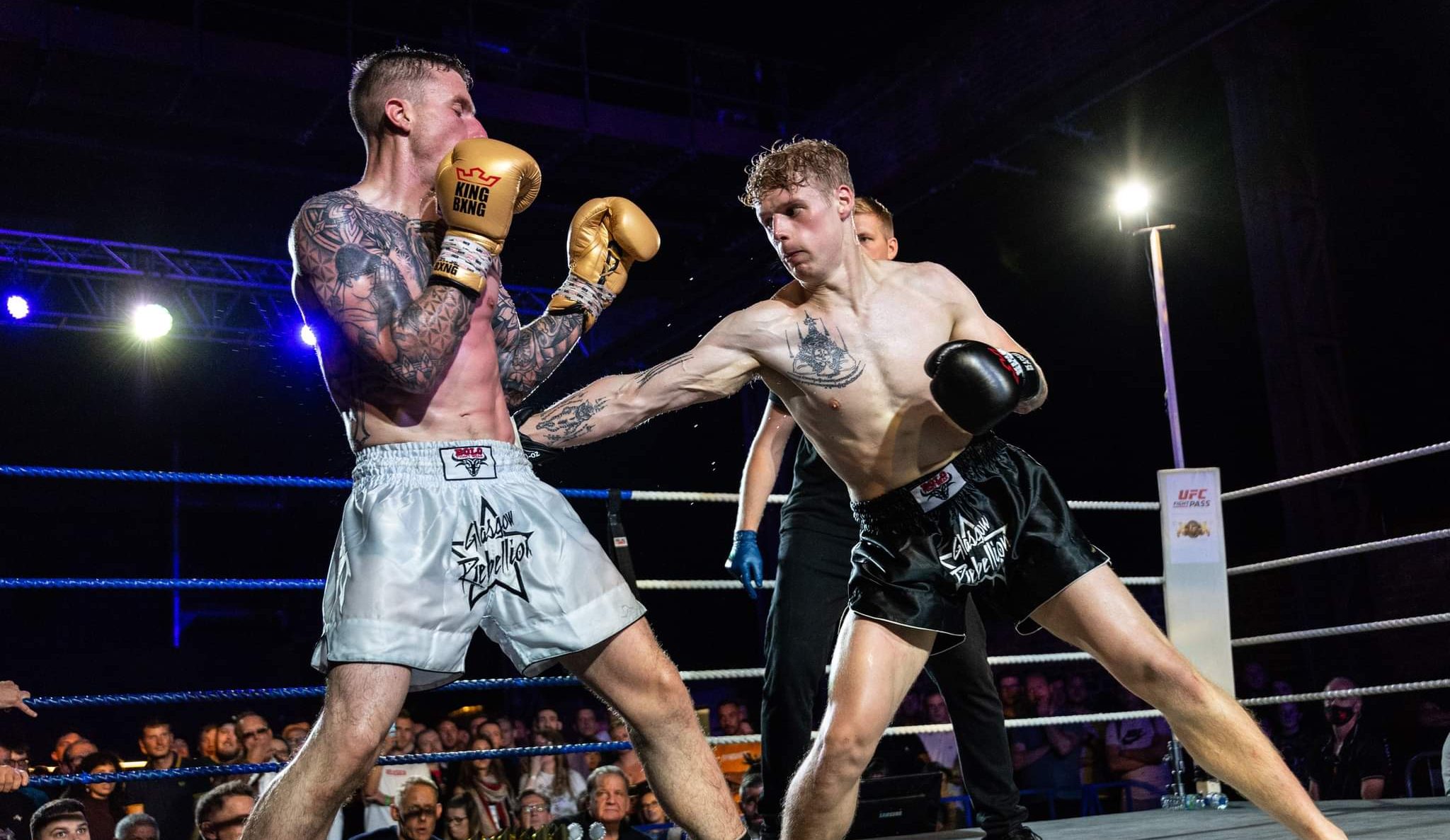 One of the top performances of the night from the undercard came from Aberdeen’s John Wedderburn.

After two-and-a-half years out of the ring, he returned in a full Muay Thai rules bout against fellow-Scotsman, Craig Swan.

Controlling the pace of the fight, Wedderburn kept his opponent at bay with his rangy teeps and kicks.

The former Thai Fighter UK ranked fighter showed clean defence as he weathered a few looping punches from his opponent.

Landing knees as his opponent stepped in, he began to wear down the body of Swan.

In the fourth round, a gut-wrenching knee landed flush to the ribs, sending Swan to the canvas in visible pain.

The Sor Thaksin fighter showed tremendous heart, however, recovering after the eight-count to continue.

But Wedderburn was on the hunt as he continued to target the weakened body of Swan, sending him to the canvas again before the referee waved the fight off.

After two straight losses at YOKKAO in 2019, the win and classy performance has put Wedderburn back on the radar as he looks to restart a climb back up the domestic rankings.