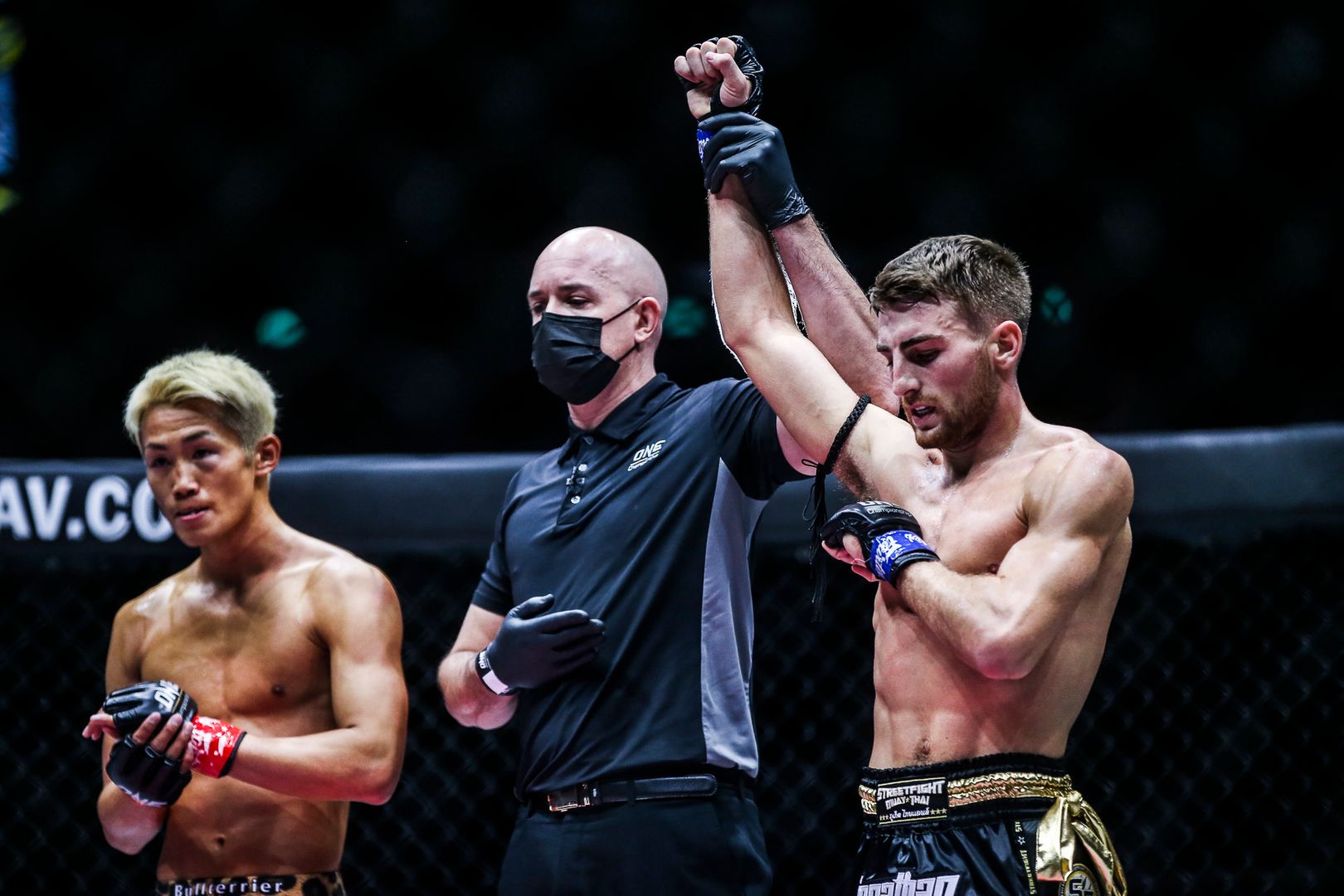 Former ONE Flyweight Muay Thai World champion Jonathan Haggerty has hinted at who he wants to fight next.

Haggerty returned to the win column last month when he defeated Japanese standout Taiki Naito at ONE: Big Bang II in Singapore.

In a publication listing our top 5 ONE Super Series bouts to make in 2021, a Flyweight Muay Thai showdown between Jonathan Haggerty and Elias Mahmoudi was mentioned.

Haggerty, however, responded with a comment on who he would prefer to fight next in the Flyweight division.

His comment stated that a fight against former ONE Kickboxing Flyweight World champion Petchdam Petchyindee Academy would get him more excited than a fight against the French-Algerian Elias Mahmoudi.

Haggerty’s next fight, of course, is up to the ONE Championship matchmakers.

After two losses to ONE Flyweight Muay Thai World champion, Rodtang Jitmuangnon, Haggerty returned with a dominant performance against Taiki Naito last month, but a switch to Kickboxing rules to face current champion Ilias Ennahachi has also been mentioned.

With a stacked Flyweight division, who would you like to see Jonathan Haggerty face next in ONE Championship?

Could we see a trilogy against current Flyweight Muay Thai champion Rodtang Jitmuangnon in 2021? Or will the ‘General’ make a switch to Kickboxing in an attempt to become a ONE two-sport World champion?

Let us know who you would like to see Jonathan Haggerty face in ONE Championship in 2021 in the comments on our social media pages.