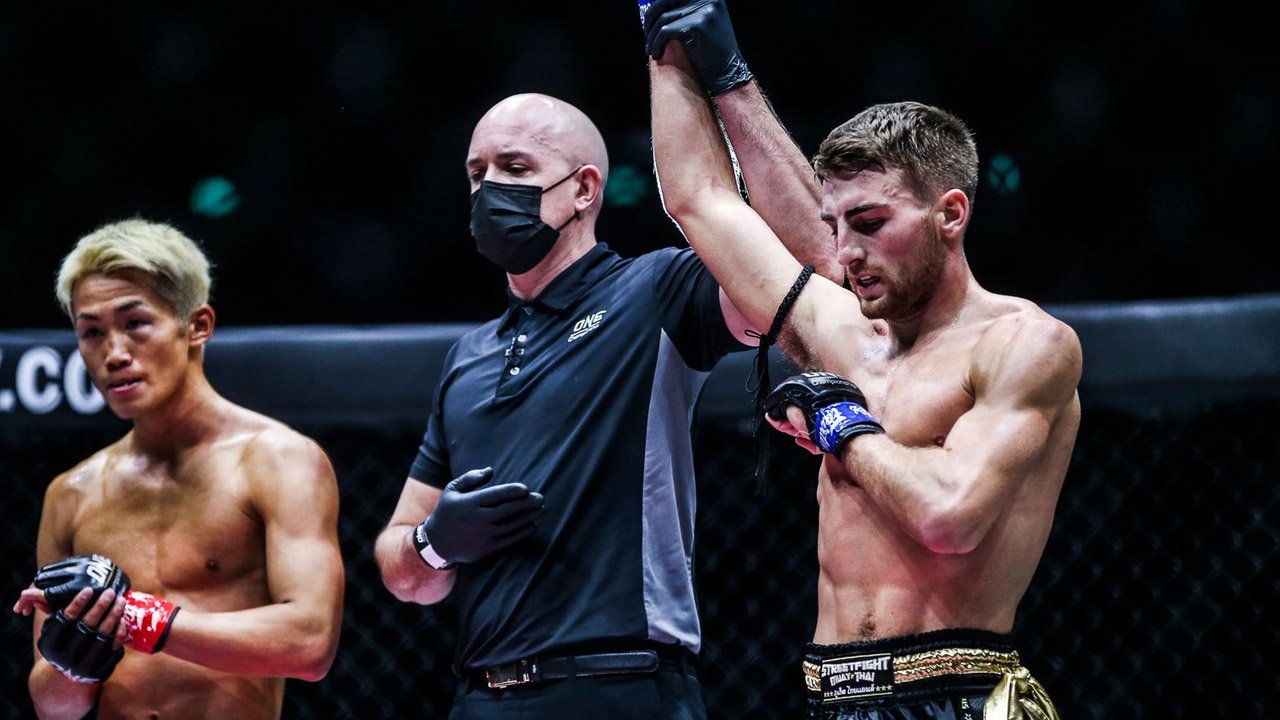 Former ONE Championship World champion, Jonathan Haggerty, will return to the ring for the first time in almost a year, this weekend in Ireland.

The Flyweight Muay Thai superstar is set to face Arthur Meyer in the main event at Siam Warriors SuperFights in Dublin on Saturday 20th November.

After his two title bout losses to Rodtang Jitmuangnon, Haggerty got back to winning ways with a dominant performance against Japanese fighter, Taiki Naito, when they met at ONE: BIG BANG II in December 2020.

During his career, Haggerty has lost on only four occasions; all of which coming against Thai opponents. His first loss came against Ja Kiatphontip in 2017, followed by Superlek Kiatmoo9 one year later, and most recently the two losses against Rodtang.

But can his next opponent, Arthur Meyer, become the first European fighter to hand Haggerty a loss when they meet this weekend?

Did you know? When viewing a fighters’ profile, members can tap the name of any other fighter in their fight history to go direct to that fighters profile. Sign-up here.

Once known as one of the best foreign Muay Thai fighters in Thailand, Arthur Meyer spent many years training at Singpatong Gym, alongside the likes of Rafi Bohic and more.

He competed at Lumpinee Stadium, Rajadamnern Stadium and many more top promotions in Thailand, and shared the ring with the likes of Superbank, Wanchalong, Petch-U-Thong and more.

How to watch Jonathan Haggerty vs Arthur Meyer?

Jonathan Haggerty vs Arthur Meyer is the main event at Siam Warriors SuperFights, live from the National Basketball Arena in Dublin, Ireland this Saturday.

The full event is available to live steam via pay-per-view via FSMedia on Glistrr here.

What time does Jonathan Haggerty fight in Ireland?

The main card is set to begin at 5pm GMT, 6pm CET. Jonathan Haggerty and Arthur Meyer are expected to be making their ring walks at approximately 9pm GMT, 10pm CET.