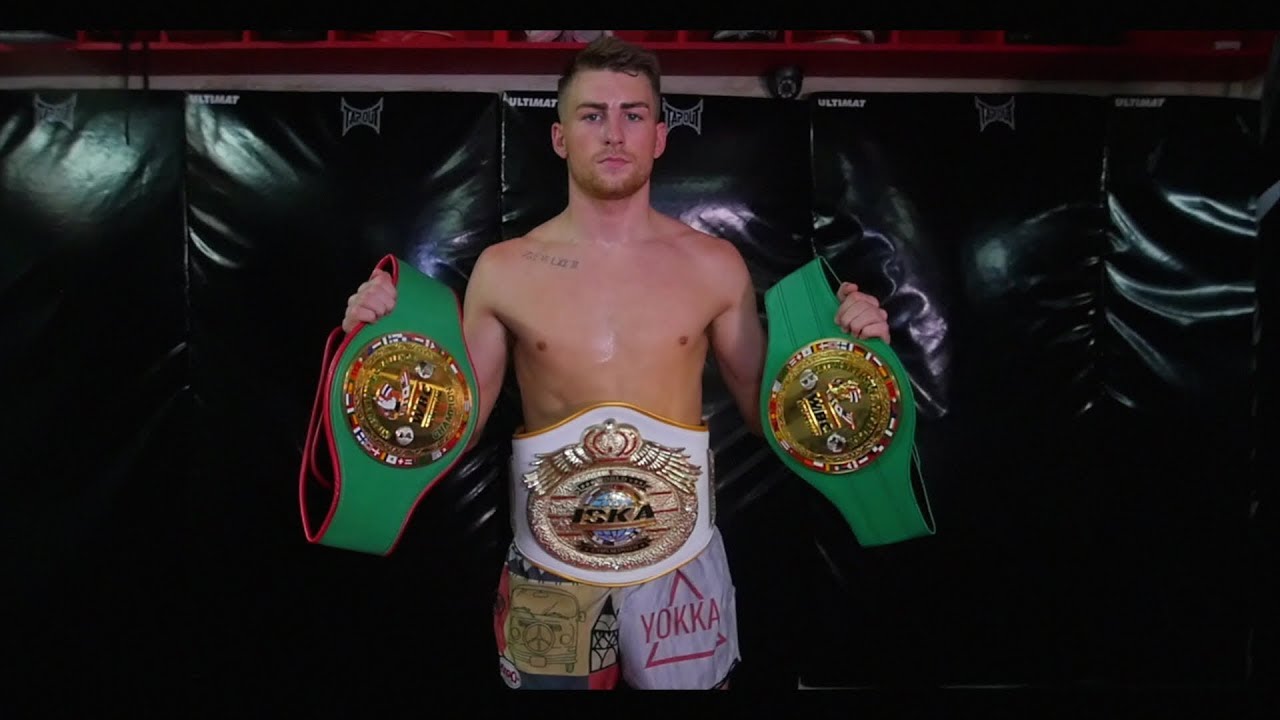 A few weeks ago, it was reported that the UK number one at super featherweight Jonathon Haggerty had become the latest addition to ONE Championships roster of Thai boxers. More recently Haggerty’s latest opponent has been announced in the form of Italy’s Joseph Lasiri. Haggerty will be keen to break the current losing streak the UK has encountered with George Mann, Andrew Miller and Liam Harrison all losing their ONE Championship debuts. The Brit will be fighting on ONE Championship’s event ‘Eternal Glory’ on the 19th January 2019.

Haggerty latest fight was against Superlek Kiatmoo9 in October of this year on Yokkao 31. Despite getting off to a strong start the bout was called off at the end of the second round after Haggerty received a cut above the eye. Taking the doctor’s advice, the referee called off the bout. This proved an unpopular decision with many believing that Haggerty had the measure of his elite Thai opponent (and indeed had started the fight well sweeping Superlek on a number of occasions).

When watching Haggerty fight the first thing you might notice is his stance. Rather than having his weight evenly distributed across both feet, Haggerty generally prefers a light lead leg with his rear foot flat on the ground. He also keeps his stance fairly short with both feet close together. Whilst there is no perfect stance (due to the various trade-offs) this stance gives a number of inherent advantages.

The lack of weight over his lead foot means Haggerty can quickly bring it up to teep his opponent. The teep is often said to be the equivalent of the jab in boxing with it being the longest weapon most fighters possess. Combined with his flexibility and speed, Haggerty is able to use it as such to both the body and head of the opponent (which would be impossible in a stance with weight evenly distributed). If his opponent moves in Haggerty can quickly use this to either push his opponent away or push himself out of danger. This jamming technique can be seen in Haggerty’s bout with Keith McLachlan with the Scot unable to close the distance on Haggerty.

Haggerty also uses his switch kick off this light lead leg to score during his bouts. Often Haggerty will try to time it as his opponent steps in, taking a short step back and firing the lead leg under the arm of his opponent. If his opponent overextends it becomes extremely difficult to counter or defend this strike. This works particularly well in same stance (orthodox vs orthodox) match-ups with the leg coming into the open side of the opponent. Haggerty’s fight with McLachlan was finished as the Scot stepped in with the left hand. McLachlan dropped his right hand a little too low (very common even by top level fighters) and got caught as Haggerty threw his switch kick counter higher. This caught McLachlan cleanly, the Scot was unable to properly recover and Haggerty won the bout via knockout.

You can also see these counter switch kicks in sparring footage of Haggerty, this also shows how the light lead leg can be used to check incoming kicks from the opponent rear leg more easily. Haggerty will often perform a preemptive check with his lead leg to deter his opponent from throwing the rear kick. Preemptive do have their disadvantages however, a switched-on opponent can feint the kick then (as the opponent checks) simply cut an angle and then strike. The opponent (on one leg) cannot move to counter the re-positioning and so is at a disadvantage. That is why if Haggerty raises his leg to check but a kick does not come, he will return it to the ground and immediately pivot off into space to avoid getting caught.

Whilst this style has proved very effective for the majority of Haggerty opponents, the Brit came unstuck when faced with Thailand’s Ja Kiatphontip. Ja kept the pressure on Haggerty from the opening bell and was able to weather the early storm. What it apparent is how Ja dealt with the constant teeps, even when he got caught cleanly with one and pushed away, he continued to move forward not allowing Haggerty to establish his range.

Vinnie Shoreman mentioned how Haggerty should “stop moving back”, the reason Haggerty was doing this was to try and establish a range for his teep to work. But Ja kept up the pressure, where he could he caught the teep and dragged Haggerty into a left hook. Ja also actively tried to keep the range close enough so any teep attempted would be smothered due to the lack of space to extend the hip. These tactics worked wearing down Haggerty in the later round and giving Ja the decision.

This 27 year old Italian has had a rough start to his ONE Championship career losing all 3 of his fights for the promotion. What those numbers don’t tell you is the quality of the Italian’s opposition. Fighting in ONE Championships first Thai boxing bout, Lasiri faced off against Sam-A Gaiyanghadao a top-level Thai boxer with masses more experience than the European fighter. Lasiri also lost in a close decision in a gruelling war with Josh Tonna and a TKO loss against Singtongnoi Por Telakun.

Lasiri is a good example of how much the 4oz gloves change the style of Thai boxing. The small gloves make boxing defence exceedingly difficult with them able to slip through small gaps in a guard. This makes covering up less of a defensive option as it is when both fighters are wearing larger 8oz gloves. This increases the likelihood of a punch landing, something Lasiri was a victim to against Singtongnoi Por Telakun.

Lasiri’s movement is extremely irregular bordering on erratic with the Italian often moving through several blows to try and engage the clinch. This style heavily revolves around getting an opponent into the clinch and delivering knees. Whilst Lasiri generally tucks his chin to prevent getting clipped with a blow, he does have a tendency to outstretch his arms to grab the opponent and drag them into a clinch. Whilst capable of kicking and boxing when he needs to, Lasiri has so far depending mostly on this grinding clinching style.

The matchup between these two fighters is interesting in that both of them enjoy undertaking their work in two distinctive patterns. Haggerty likes to have the range for his lead leg and only tends to box when he has his opponent on the back foot. On the flip side is Lasiri who likes a more grinding approach with constant pressure and movement into the clinch. Lasiri will be looking to emulate Ja and keep the pressure on Haggerty, giving him minimal opportunity and range to work.

Haggerty meanwhile will want to keep a control on the Italian’s offence. Lasiri struggled against the pivots that Sam-A used, whenever the Italian moved forward the Thai moved off centre to prevent the clinch being initiated. This is something Haggerty should take notice of, the ring being a circle will also help Haggerty with fewer corners to get pressure into and clinched.

Overall this will be an interesting test for Haggerty. The main unknown his how he will deal with the smaller glove size which Lasiri is more aquatinted with. Haggerty does not want to get drawn into a slugging contest and will probably want to keep this primarily to a kicking game.