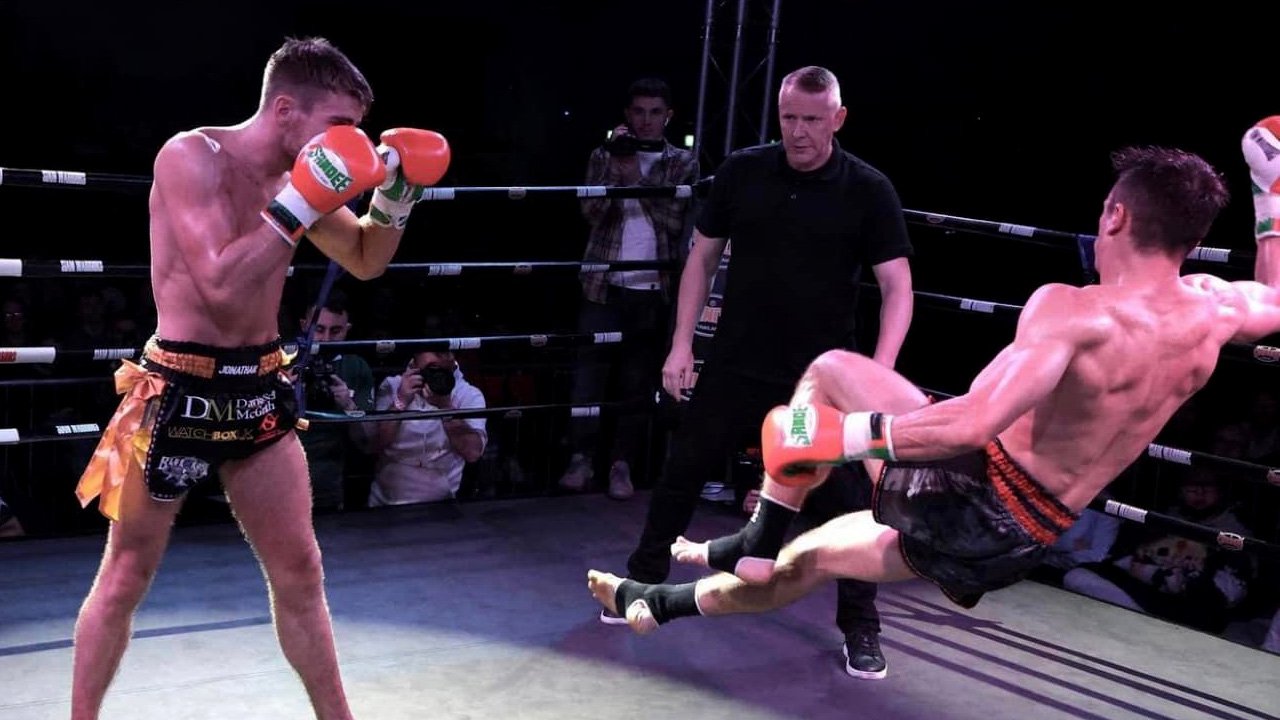 On Saturday 20th November, Jonathan Haggerty returned to the ring for the first time in almost a year, when he faced Arthur Meyer in the main event at Siam Warriors SuperFights in Dublin, Ireland.

The bout, which was for the ISKA Muay Thai World title, was Haggerty’s first appearance in Europe, and first fight outside of ONE Championship, since 2018.

Did you know? When viewing a fighters’ profile, members can tap the name of any other fighter in their fight history to go direct to that fighters profile. Sign-up here.

The former ONE Championship World champion, Haggerty, looked in control through the early exchanges.

Pushing the pace, Haggerty landed some huge body shots and kicks whilst evading most of Meyer’s attacks.

Just a minute into round two, Haggerty landed a huge left-hook, straight-right combination, which knocked Meyer out cold and the referee immediately waved an end to the fight.