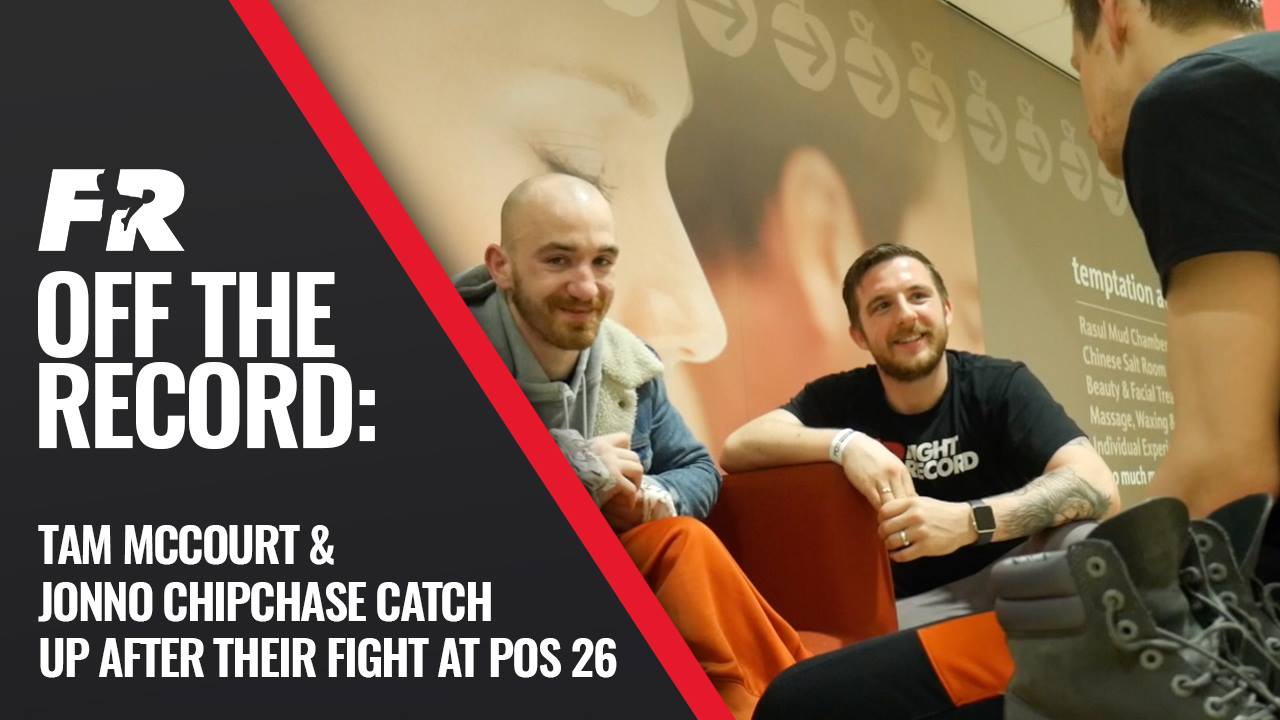 Fight Record got chance to catch up with both Jonno Chipchase and Tam McCourt after their fight at Power of Scotland 26. McCourt knocked Chipchase out in the second round with big body shots followed by a big left hook, right hand to the head which stunned Chipchase. It was an absolute pleasure to be able to catch up with these two gents after their fight to see what they both thought about the experience.

McCourt didn’t actually know at this point that Chipchase was retiring and throughout this chat, the pair reflects on an active career from Chipchase and talk about how McCourt looked up to him when he was first coming up through the ranks.

Covering topics like getting knocked out by a van, getting kicked in the balls by Rung and various other subjects, the interview was definitely entertaining and was a perfect way to wrap up the night for the two. Seeing them later in the night sharing a drink together, is just what this sport is all about.