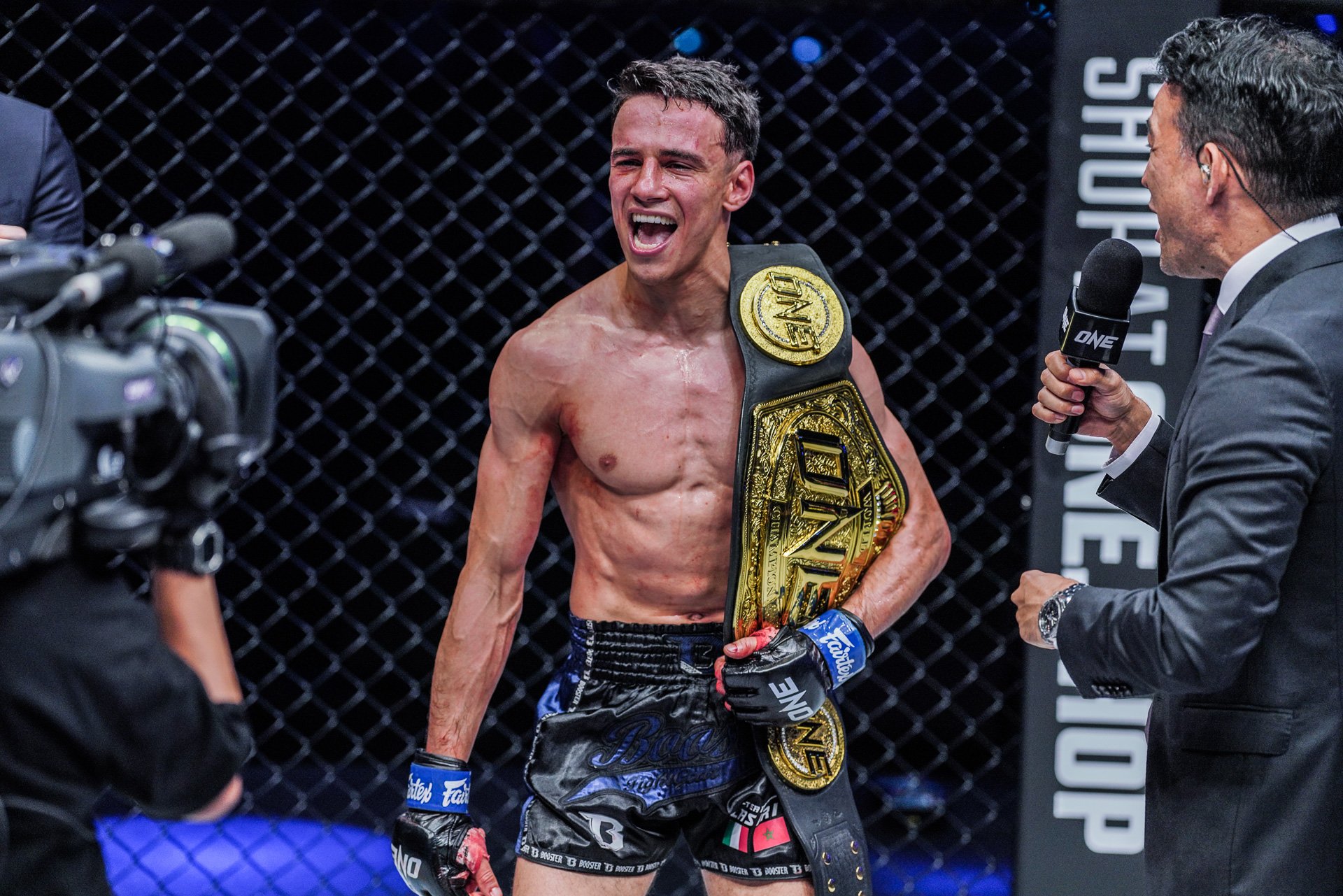 Joseph Lasiri shocked the World with a huge victory over Prajanchai at ONE 157 on Friday, May 20. The Italian defeated the former champion to win the ONE Strawweight Muay Thai World title.

Prajanchai, known as one of the greatest pound-for-pound, was making his first title defence after defeating Muay Thai legend Sam-A Gaiyanghadao last year.

Known as “Saenchai #2”, Prajanchai was a clear favourite in many people’s eyes to retain his title. Lasiri, however, was not phased by the former two-time Rajadamern Stadium and Lumpinee Stadium champion.

Despite losing his first four fights in ONE Super Series, Lasiri has managed to overcome the odds and climb to the top of the Strawweight division. Huge wins over Hiroki Akimoto, Rocky Ogden and Asahi Shinagawa catapulted the Italian back into title contention.

He grasped the opportunity with both hands when he faced Prajanchai in the co-main event at ONE 157 on Friday, May 20. Stunning the almost 400 fight Thai, Lasiri opened up multiple cuts on his opponent in the second round.

A bloodied Prajanchai looked battered and beaten in the third round. As he sat in his stool before the fourth, referee Olivier Coste approached his corner and asked if he wanted to continue. Prajanchai shook his head and the fight was called off as a TKO victory to Lasiri.

Lasiri now improves to 4-5 in ONE Super Series and becomes the first European fighter to win the Strawweight Muay Thai World title.