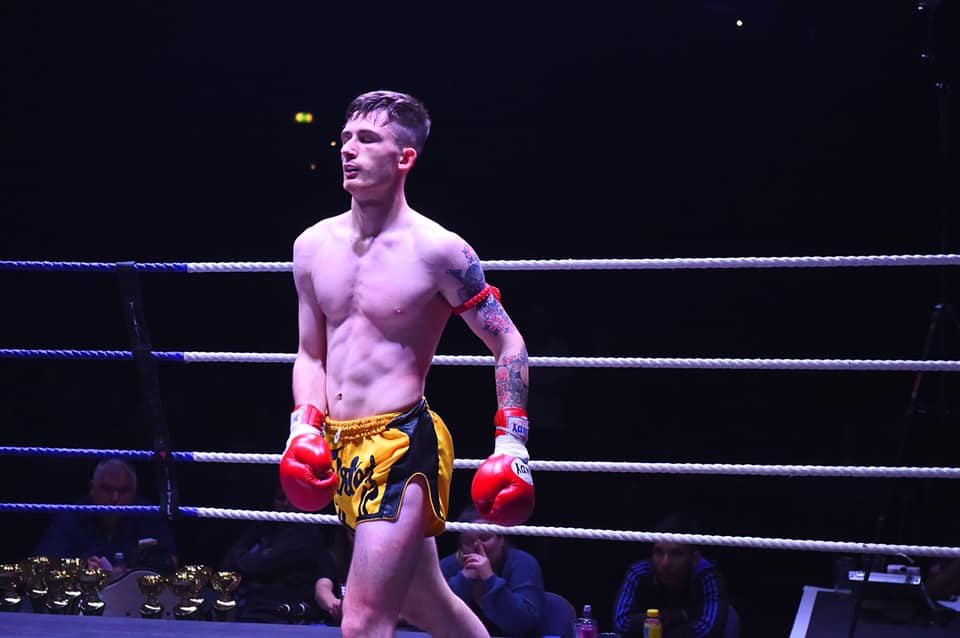 We caught up with Glasgow-based fighter Josh Young to ask a few questions about his upcoming fight against MacFarlane in East Kilbride this Saturday.

Do you know much about your opponent Michael MacFarlane?

Josh: “I know he’s on a good win streak at the moment and will be going into this fight hungry for the win.”

How do you think his style matches up against yours?

Josh: “I think I’m a hard fight for Michael. Just like him, I’ve had a good few stoppage wins due to clinching and being an aggressive fighter.

“I also know how to play the game on the outside as far as point scoring goes, so I will feel comfortable anywhere this fight goes.

“I’ve not really been working anything in particular, I’ve just been making sure my cardio is where it needs to be by running everyday.”

Do you have a game plan at all or do you just stick to the same training regime with all fights?

Josh: “I rarely go into a fight with a specific game plan. I train with so many different types of fighters at the Griphouse, from Muay Thai fighters to MMA fighters, so I always get to practice new techniques with different styles of fighters.

“I usually just try my best to adapt to my opponents style in the early rounds of the fight and take it from there.”

What do you need to do to win this fight?

Josh: “As long as the best version of me turns up, I am more than confident in my abilities and picking up the win.”

Looking ahead, anything planned for the rest of the year that you can tell us about or any goals you hope to achieve?

Josh: “I am fighting Jake Allan for the UKMF Celtic title at 69kg in November.

“I know that Josh Johal and John Wedderburn are fighting for the WBC National title at 69kg soon, so providing I win my next two fights I wouldn’t mind having a crack at the winner for that belt.”