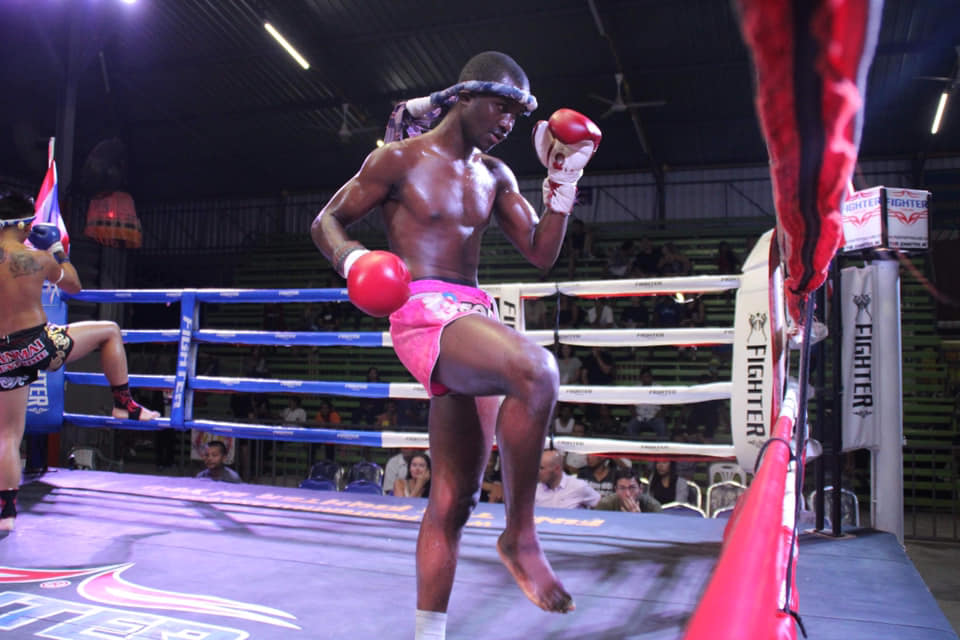 After a strong 2018, Josias Gomes of Oxford Martial Arts Academy climbed to #4 in the Thai Fighter UK 55.4kg rankings. Tomorrow, at RISE TO THE TOP 4 in Sheffield, he will face the current UK #2, Stephen Irvine of Glasgow Thai Boxing Academy.

Our reporters spoke with Josias to get his opinion on his upcoming opponent and a bit more about his background.


Josias: “I have heard Stephen Irvine is a good fighter. I haven’t seen him myself, but being ranked at #2 must be for a good reason. I have nothing but respect for anyone stepping in the ring.

“I was initially supposed to fight Thai Barlow, but unfortunately he pulled out so hope that fight happens in the future. I am really happy Stephen stepped in; at our weight it’s hard to find last minute replacements and grateful to him, his team and also the promoter for going out their way to make a fight happen for me.

“I’m really happy with my training here, I train at Oxford Martial Arts Academy with my coach Dean James, who became head coach towards the end of last year.

“Our relationship is working well, we laugh and joke but when it’s business time we train hard. We talk through game plans and try to make sure we have a clear understanding of each other before I step through the ropes.

“I have not been on the UK scene for long, as I spent a year away fighting in Thailand and China. Now I’m back here and want to get to the top and this is a great opportunity for me to access the top spot in time.

“I remember at one point wondering if I should do something else because I just couldn’t get fights here, but now things are moving along. I have to do my job and that’s to perform well, win, lose or draw, I just want to showcase what I can do.

“I fight anywhere between 53.5kg – 57kg, as we believe this is the only way to ensure I can stay active. If it was up to me I would fight every month, fighting the best around across the division.

“Ideally I would like to follow in Dean‘s footsteps and take the #1 spot at different weights and get the opportunity to take some titles to show my family that all the hard work is worth it.

“I’m really looking for to the show this weekend and heard the promoters put on really good fights, so I’m looking forward to being a part of it.

“I want to thank all my team, family and friends for supporting me and believing in me. It really does make all the difference, thank you. Also thank you guys over at Fight Record for the continued support you give us fighters that are up and coming.”