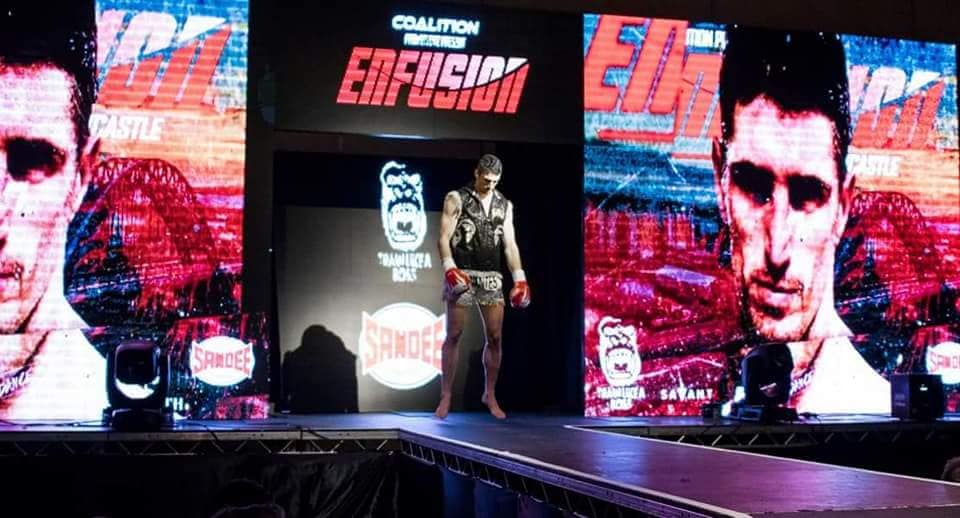 Featured fighter, Juan Cervantes (view profile) of Northern Kings gym in Newcastle, who fights for the UKMF 86.16kg British title at Victory IV on 8th December, has been offered the opportunity to fight for the WTKA Muay Thai World title in Italy next Saturday 3rd November.

The north-east’s adopted Mexican, who also won the 82.5kg UKMF British title at last December’s Lee Smith Memorial show, believes fighters should always be training, always in shape and always ready to take opportunities when they arise. Taking his first ever World Title opportunity on just two-weeks notice is a true testament to Cervantes‘ training regime and determination as a professional athlete.

“I’m really excited to get an opportunity like this at short notice. I’ve been waiting for something like this. I train hard all the time because the level I’m at now the biggest opportunities of my career are likely to come at short notice.” – Juan Cervantes

Cervantes, who is currently on a five-fight win streak including four by stoppage, will face a tough test against the taller (6ft 8″) Italian, Luca Andreani, in his home country at the Carrara Fiere, where the Unified Junior World Championships are held over a three-day event, with a big crowd expected to be in attendance.

For further news on this bout and more, follow us on our social media pages: