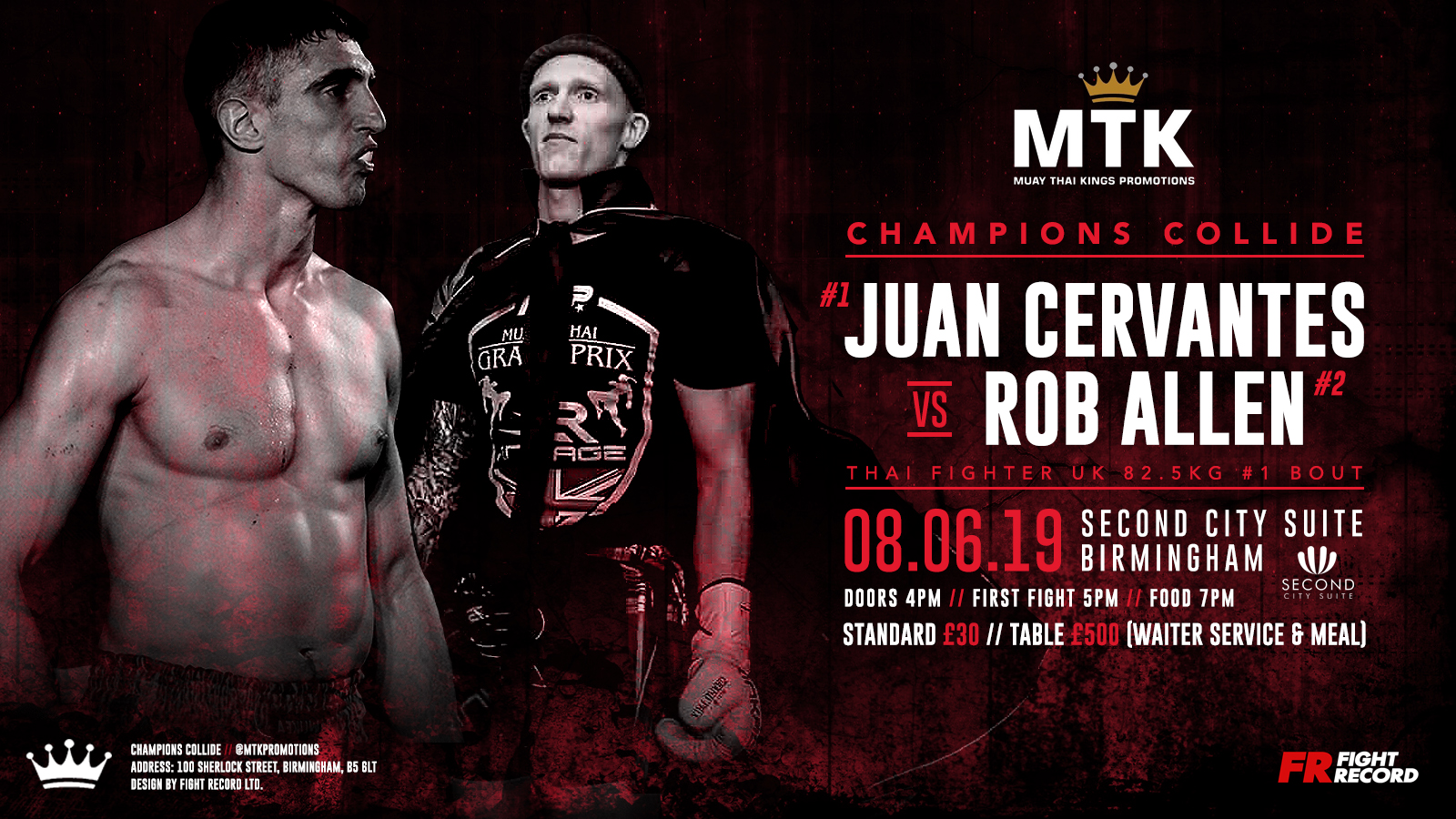 It has been announced this afternoon that the main event for the next Champions Collide show will be the current UK 82.5kg #1 Juan Cervantes against the current #2, Rob Allen.

Cervantes, who has been making his mark on the international scene recently, will return to the domestic scene to face Pra Chao Suua‘s Rob Allen in Birmingham on 8th June.

When asked about the fight with the current #2, Cervantes said;

“I’m looking to prove why I’m #1 at this weight and will be for a long time.

“I’m p****d off about my last fight where I lost in America. Nothing personal, but Rob will be on the receiving end of that vented anger.”

His opponent, Rob Allen, who took the #2 after beating the current #3 Jay Steele at MTGP 16 Birmingham in June last year, also had some words to say on the upcoming bout;

“Fighting Juan is a big fight for me. When I first got into Muay Thai, I remember watching people like Juan and Dan Edwards fight and thinking one day I’d like to fight one of them top UK guys, and now I’m getting my chance.

Allen added, “He [Cervantes] has been #1 for a while and rightfully so, he’s a legit #1, but I believe I can beat him and I’m really excited to test myself against him.”