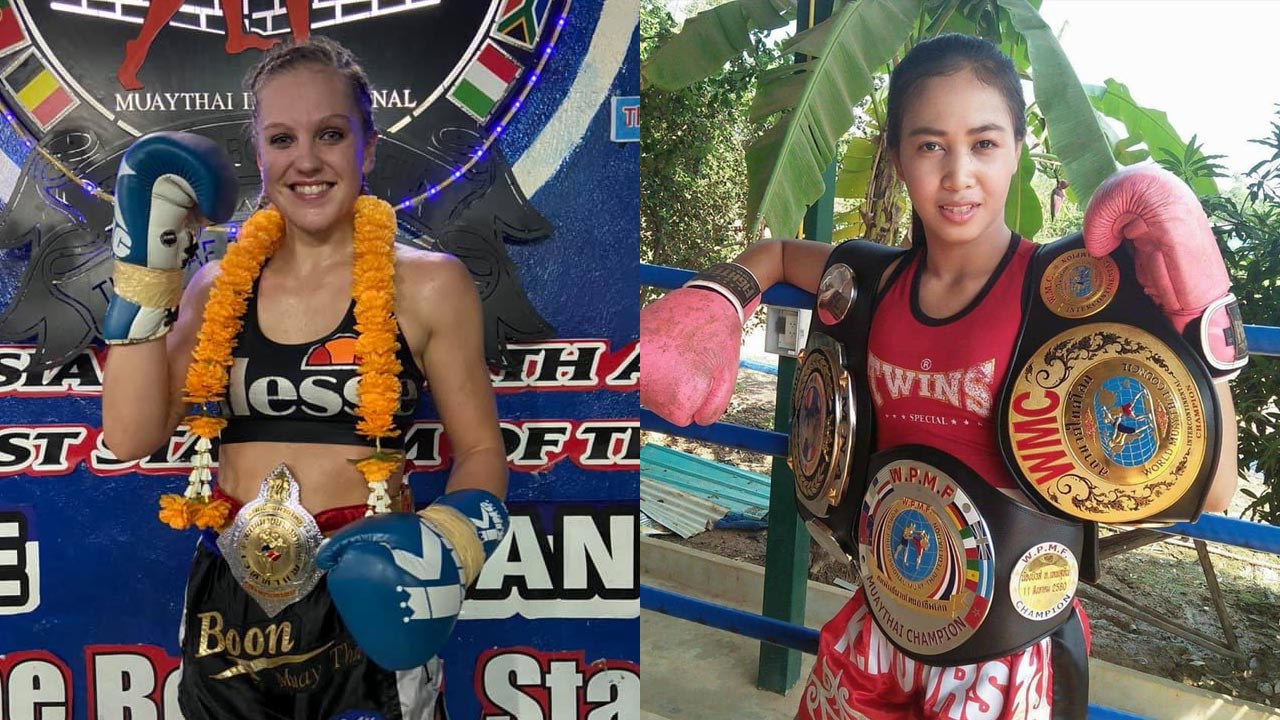 Scottish female Muay Thai fighter Judy Humber is set for yet another huge fight next week. After defeating Maisha Katz to win the Thaepae Stadium title in December, Humber will return to the ring next week at Muay Thai Super Champ.

Having spent most of 2020 in Thailand, the Scottish fighter has been training at Lanna Muay Thai in Chaing Mai, northern Thailand. After two impressive wins in the local stadiums in the latter part of 2020, Judy stepped up to face the experienced Maisha Katz on Boxing Day.

Maisha, a Spanish fighter, was the more experienced of the two fighters. Having fought on Muay Hardcore, the Spaniard of Spirit of Siam Gym in Chiang Mai also made her Lethwei debut at WLC back in August.

Judy Humber got the win in that fight to take away the Thapae Stadium title in what was her biggest test of her career so far. The win put the Scottish fighter on a five fight win streak.

Humber will now get the opportunity to fight on live TV on Channel 8 in Thailand when she makes her debut on Muay Thai Super Champ next Sunday 14th March. Her opponent is the vastly experienced, and very dangerous opponent, Nongbew Tor.Thepsutin.

Nongbew, a regular on the weekly Channel 8 event, has fought the likes of Teresa Wintermyr, Brooke Farrell, Jada Ketley and many more notable opponents.

This is a female Muay Thai fight you definitely don’t want to miss. Tune in to watch LIVE and FREE via the Muay Thai Super Champ Facebook and YouTube channel next Sunday 14th March from 7pm local / 12pm UK time.