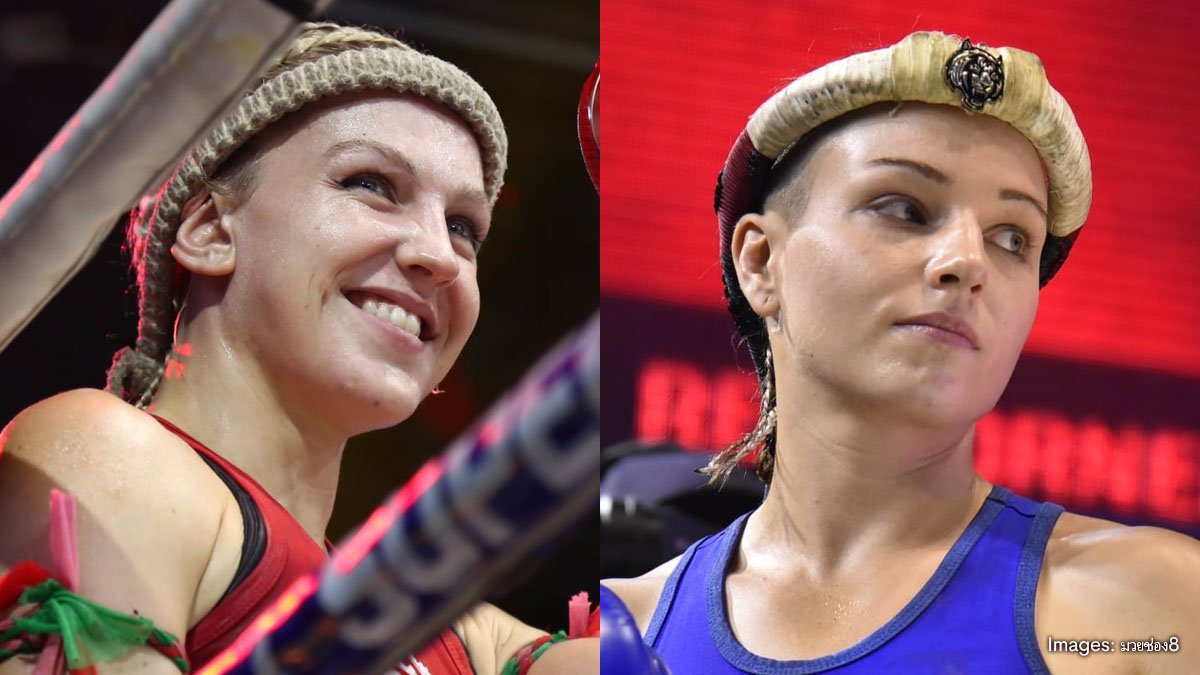 Two of the top ranked female Muay Thai fighters in the World will clash on Thursday, August 4. Judy Humber will face Lena Nocker in a 135lbs title bout at Patong Stadium in Phuket, Thailand.

Despite a loss to Barbara Aguiar back in May, Lena Nocker has been in fine form recently. She’s defeated the likes of Dokmaipa Kiatpompetch (Thai: ดอกไม้ป่า แฟร์เท็กซ์) and Daosritrang SutaiMuayThai (Thai: ดาวศรีตรัง สู้ตายมวยไทย) on the weekly Muay Thai Super Champ show. In February, she also defeated two opponents within an hour to win the 57kg Kokiet Boxing Group title in Koh Phangan.

Judy Humber has also been in incredible form since her move to Thailand. Training out of Sinbi Muay Thai, the Scotswoman has gone unbeaten during her stint in the motherland. She made a statement by beating Nongbew Tor.Thepsutin (Thai: น้องบิว ท.เทพสุทิน) at Muay Thai Super Champ in October last year. She then went on to win the four-woman tournament in March this year before later going on to defeat Ruslana Vyniavskaya to win the Super Champ title.

How to watch Judy Humber vs Lena Nocker?

Judy Humber vs Lena Nocker is set to take place on the Singpatong Muay Thai event at Patong Boxing Stadium in Phuket on Thursday, August 4. The live stream for the event will be free to watch on the Singpatong Official YouTube channel and Facebook page. The program is set to start at 9pm Thai time / 3pm BST (British Summer Time).