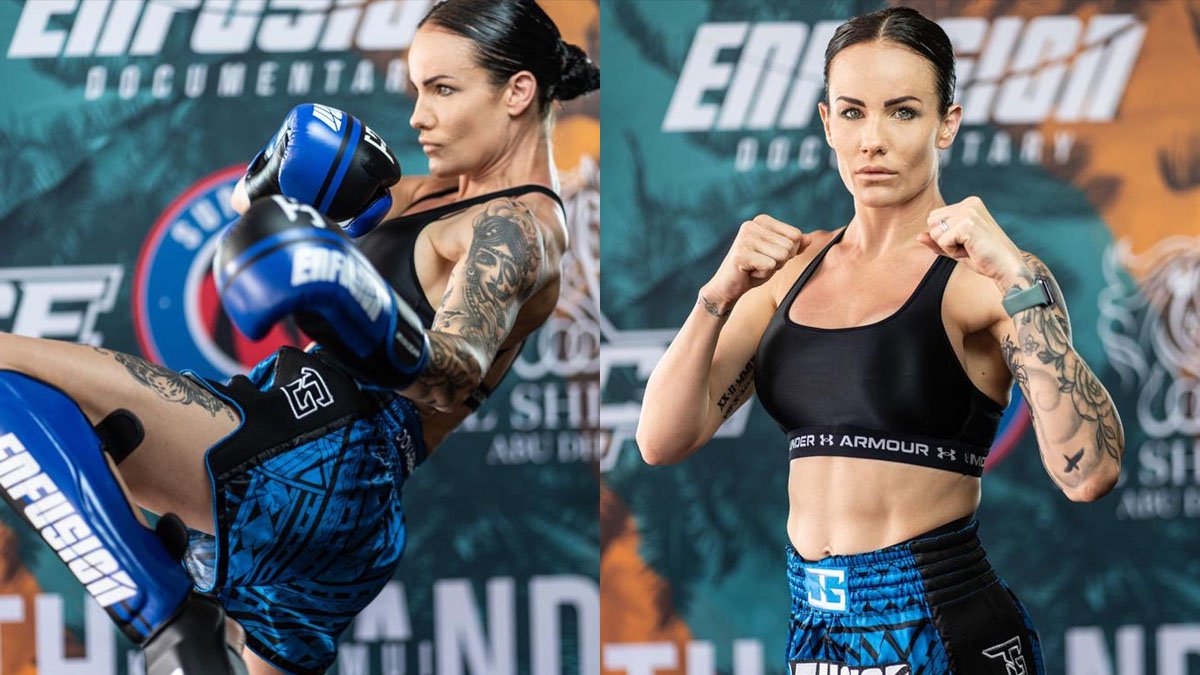 Katie Zetolofsky (formerly Rand) cemented her place as one of the best female fighters in the World in 60kg. She defeated Georgina van der Linden and Victoria Sullivan to win the Enfusion four-woman Muay Thai tournament.

Flying out to Koh Samui, Thailand last week, the Brit was one of four women selected to enter the Enfusion reality series documentary. Alongside Victoria Sullivan, Daniella Lopez and Georgina van der Linden, the four women lived together on the island and competed in the knock-out tournament.

First up for Katie was former Enfusion Kickboxing World champion, Georgina van der Linden. The 21-year-old Dutch striker has a reported fight record of 112-7-2 according the KickboxingZ.

The Dutch fighter was unable to continue after the first round and Katie Zetolofsky advanced to the final. She would go on to face Victoria Sullivan in the final, who she had become close friends with.

The Australian, who is the current WMO MuayThai World champion, defeated former ONE Championship fighter Daniella Lopez in the opening round.

It was Zetolofsky who came out victorious in their bout on Monday however. Cementing her place as the Enfusion Muay Thai tournament champion and one of the best female fighters in the World at 60kg.

Katie took to her social media earlier today (Tuesday, July 5) to talk about the victory.

Currently ranked #5 by WMO MuayThai and #18 by WBC MuayThai at Super-Featherweight, the win will likely see Katie climb the rankings in the next update.

Currently ranked #2 in the Thai Fighter UK rankings, Katie sits behind Lucy Payne at #1 and ahead of Sammy Jo-Luxton at #3. A domestic clash with either of these would be an interesting match-up.

We look forward to seeing what’s next for the new Enfusion Muay Thai tournament champion.