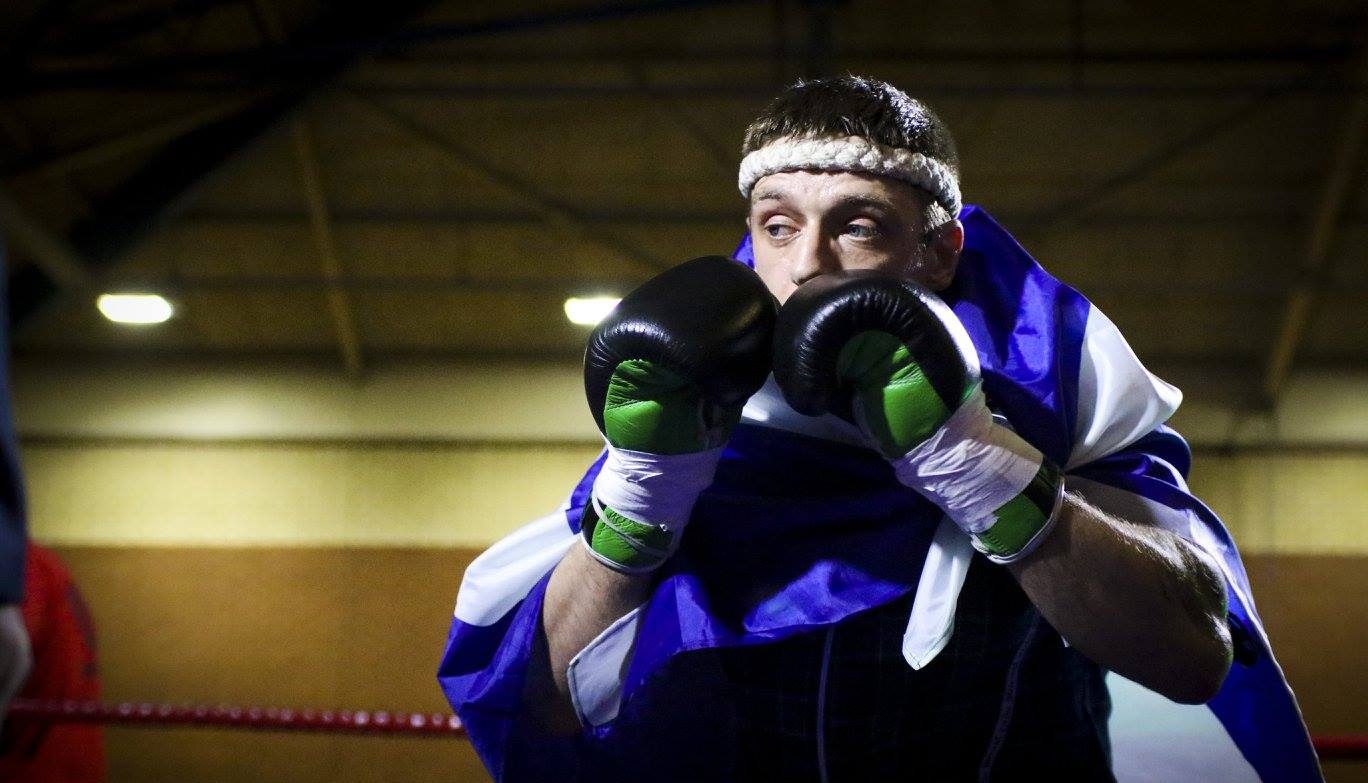 When thinking about elite Scottish Muay Thai fighters, Keith McLachlan will be a name on many peoples’ lips. The Griphouse veteran has been at the top of the UK scene for many years now and his son’s Corey and Reece will continue the pedigree for many more years to come.

“I still live for it and love it but you can’t go on forever.”

After a defeat to Thai Fighter UK 58.9kg #1 Jonathan Haggerty at YOKKAO 29 last March, McLachlan picked up an injury which kept him out of competition for the majority of 2018. Now, after 12-months out of the ring, Keith will return to action when he face Matteo Di Luca at Evo Thai Boxing Series on 30th March.

We spoke to the former UK #1 about life at the Griphouse ahead of the bout in his hometown of Glasgow in March.

How did you feel after suffering another injury after rescheduling a fight against Ja Kiatphontip?

“I didn’t think it was a that bad at the time. I finished hitting pads and then clinched for 30 mins. Then the next day I could hardly walk. I was gutted as I’ve been trying to get to fight Ja Kiatphontip for ages and I’m forever getting injured in the training for it.

“I’m beginning to think we will never get the chance to fight.”

How has training been through the Christmas period?

“It’s always the same and I’ve been loving getting back to some kind of fitness and sharpness.

“Still a bit wary on some stuff because of how badly torn my knee was, but it’s healing great and most of my what I do is starting to flow again.”

“I’ve got this fight against Matteo in March and then I’ve got a few more offers from different promoters with some top fights on offer.

“I’ve fought almost everyone from my generation – and probably the next generation too lol – with only a couple of domestic fights left to have for me. I’ll see if I can get those lined up and then see if I want to continue fighting.

“I still live for it and love it but you can’t go on forever.”

“I’ll carry on doing what I’ve always done and train people to the best of my ability. I’d hope to get more fighters out and if I retire then that will help free up time for me.

“I’d like to get Corey out fighting more but he’s hard to match as he’s still very young but also very good. I think it might be time to just let him loose on adults that are willing to fight him.”

How does it feel training with the whole family at a professional level?

“I’m not sure how to answer that as it’s just something we’ve always done. It’s brilliant (sometimes frustrating) watching my kids fight and they give me plenty of reasons to be proud of them, not just for setting foot in the loneliest of places, but for how they go about fighting. They have great styles – very different from each other, but both great to watch.”

How is training going for your upcoming fight on Evo Thai Boxing?

“I’m loving it. I feel like the break has done me the world of good. I’ve still been up the gym as much, but not training. I’m relatively fit already so I just need to get sharper with some stuff, but I’m excited and feel good.”

“Thanks for taking the time out to interview me. I would just like to thank my sponsors Sandee and everyone at the Griphouse who help me day in day out.”