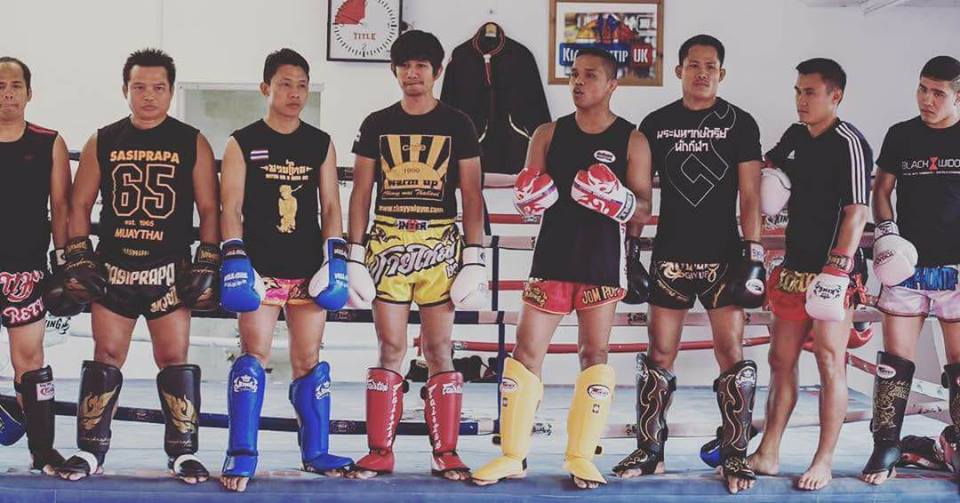 West Yorkshire. A collection of the best-known Thai trainers and previous champions, that are based in the UK at the moment teamed up to raise money to build a temple in the Northern Thai city of Chiang Mai. Jompop and his team at Kiatphontip gym in Leeds raised a massive £2000 last year towards the good cause. He brought all of the top Thai trainers under his roof at Kiatphontip Gym. A seminar where people can come to learn, grow and be entertained. All in an afternoon of Muay Thai fun.

This time around, the money raised will be for a cause that is close to Jompop’s heart. When asked why he had chosen to raise money for the homeless, underprivileged and disadvantaged children. He told us a story about how he had seen a couple of homeless people fighting outside of his gym. Something he really didn’t enjoy seeing.

Aiming specifically at underprivileged and disadvantaged children within the Birmingham area. Taking place on the 1st July, the seminar will only cost £25. To bring together the community and raise funds for such a good cause and give anyone who has an interest in Muay Thai, a place to come and learn from previous Thai champions and current active trainers.

In July, this seminar will be held at Jompop’s new gym, Kiatphontip Power Gym in Birmingham. Kiatphontip gym in Leeds has been home to some of the UK’s best and most exciting fighters. Known for their uncanny ability to bring the best out in their fighters especially within the clinch game. Now branching out to Birmingham, Jompop took to social media. He said that he is “slowly creating adult fighters at Kiatphontip Thai Power Birmingham” he started. He also said that he will  ‘will make them be champions soon.”

Fight Record wishes Jompop the best of luck with his new gym. If anyone would like to attend the seminar happening in July, then get in touch with Fight Record or directly with Jompop. This will solidify your place at the seminar. In the meantime, there is an active JustGiving page that you can donate to and help the Kiatphontip family raise money for the underprivileged and disadvantaged in the Birmingham area.