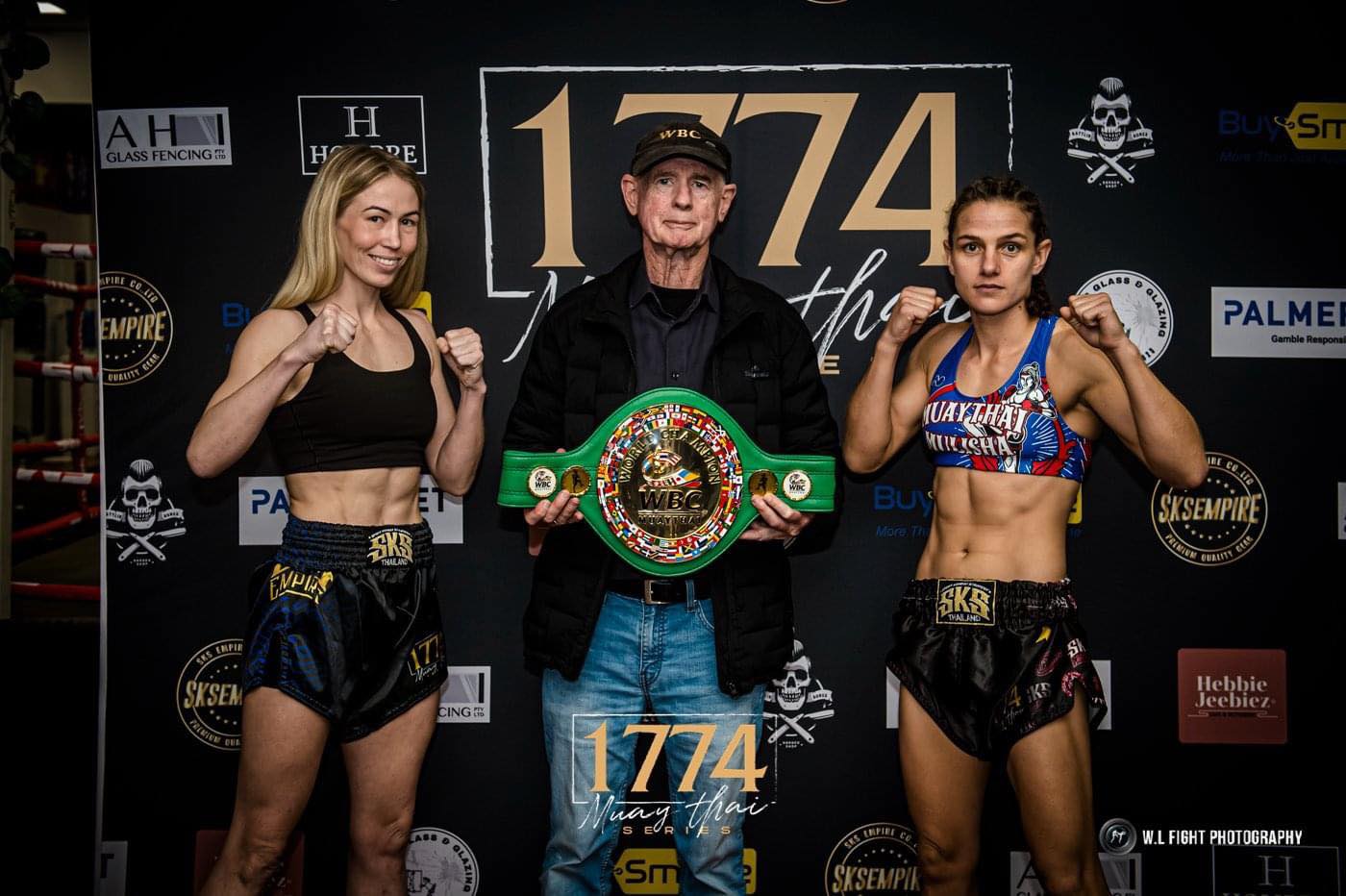 Earlier today, she defeated the UK’s Lisa Brierley in the main event at 1774 Muay Thai Series.

Just five weeks on from her last bout against Celest Hansen, “Lil K” stepped in as a late replacement.

Townsend was awarded a unanimous decision in the bout against Lisa Brierley. As the decision was called, the commentators were questioning the judges scorecards.

The win secures the Aussie star a second WBC Muaythai World title in as many months. Furthermore, she is now the a reigning two-weight World champion.

The win extends her win streak to eight, with her last loss coming against Kana Morimoto at KRUSH in May 2018.

Who should Kim Townsend fight next? Let us know in the comments below.