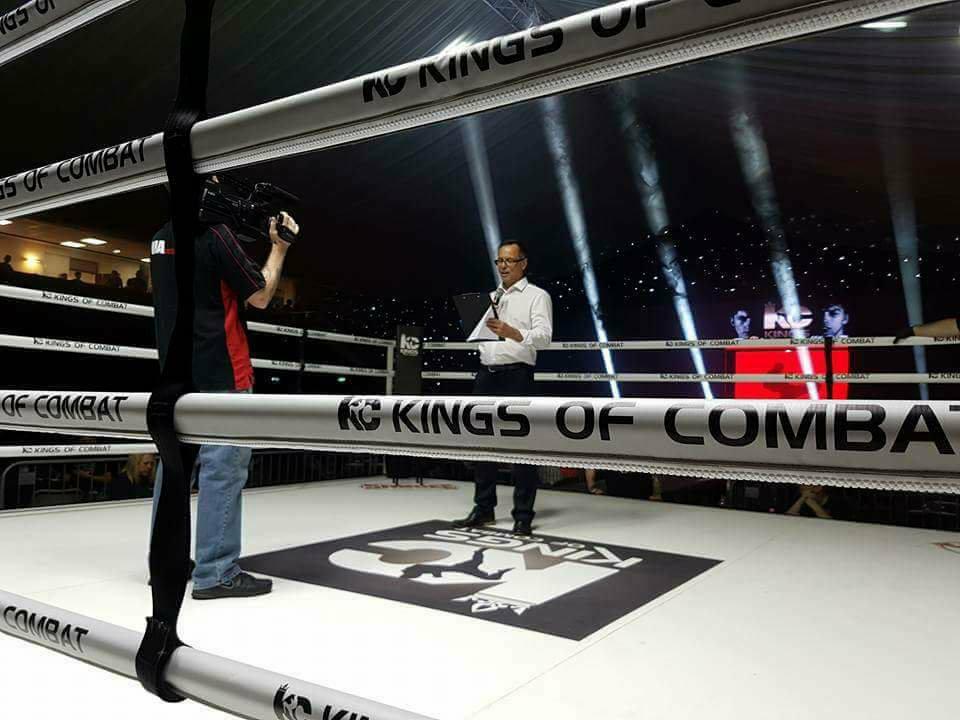 Kings of Combat have seen a recent uplift in production. In their last show, money was invested to improve the quality of their event to create a bigger platform for the amateur fighters of Yorkshire to fight on. Taking place at the Barnsley Metrodome, fight fans of multiple disciplines will be flocking to see some high-quality kicking and punching.

When talking with the promoter Mick Crossland, he said something along the lines of, having kickboxers (fancy pants and moon boots) transition over to K1 is exciting because a lot of them stand a good chance against Muay Thai fighters under K1 rules. This is because of their work rate and volume of shots, distance and accuracy.

Setting his sights productively, Crossland seems to have his head switched on to the way that things are moving. He said he started in a working men’s club in Barnsley, moved to a nightclub and stayed in the same place for a little while. After seeing the production level of MAX Muay Thai in Thailand and then seeing The Home Show ran by Tony Cunningham and his team at Millennium Martial Arts it all just seemed to ‘click into place for him.’

He was ready for the next step in terms of giving the fighters a stage to perform on and develop the Kings of Combat brand to become more than what it is now. It shone through in the way that he spoke about the event that all he wants to do is give the fighters a platform to better sell themselves as fighters and be able to push their own brand while enjoying their 15 minutes of fame in the square circle.

With a card that is stacked full of talent. Crossland said he was most looking forward to two of the young lads that are fighting. Both very hungry and will be the up and comers for the UK on the K1 scene. Alex Hook from Assassins Gym will be taking on Chayden Carpenter. Both of whom are only 16 and have made the transition from a traditional kickboxing background over to the K1 style of fighting. Both are the top of their game and will be there to make a statement come fight night tomorrow.

Brogan Wilson who has also made the move from kickboxing over to K1 and has since got the ISKA British title, will be taking on Connor George who recently fought in a 4-man adult tournament and lost in the final but at just 16, made a very good account for himself defeating a very tough opponent in the semis.

If that was enough he went on to talk about Juston Burlinson, ICO European K1 Champion and BAMMA middleweight unbeaten in 17 fights who will be taking on Norwegian Muay Thai National champion Andreus Iverson for the ICO World Title. Iverson lives and fights in Thailand. He is a Fairtex sponsored athlete and has fought in the major stadiums Rajadamern and Lumpini.

The passion that Crossland has is second to none and really shines through in the way that he converses about his fighters, the event and the way he portrays himself. Seeing this event come to fruition will be a turning point for him in that he has paid less attention to it and not let it consume him as much as it did last year when all the initial connections were being made.

He is looking forward to seeing it all come together and hopes that everyone that attends on the day, friends, family and fight fans alike have a fantastic experience and share what will be a monumental night for Kings of Combat.

Get yourself down to Barnsley Metrodome tomorrow and make sure you bear witness to next step in brand development for Kings of Combat. Show your support to the local and national talent the team are able to showcase for everyone.