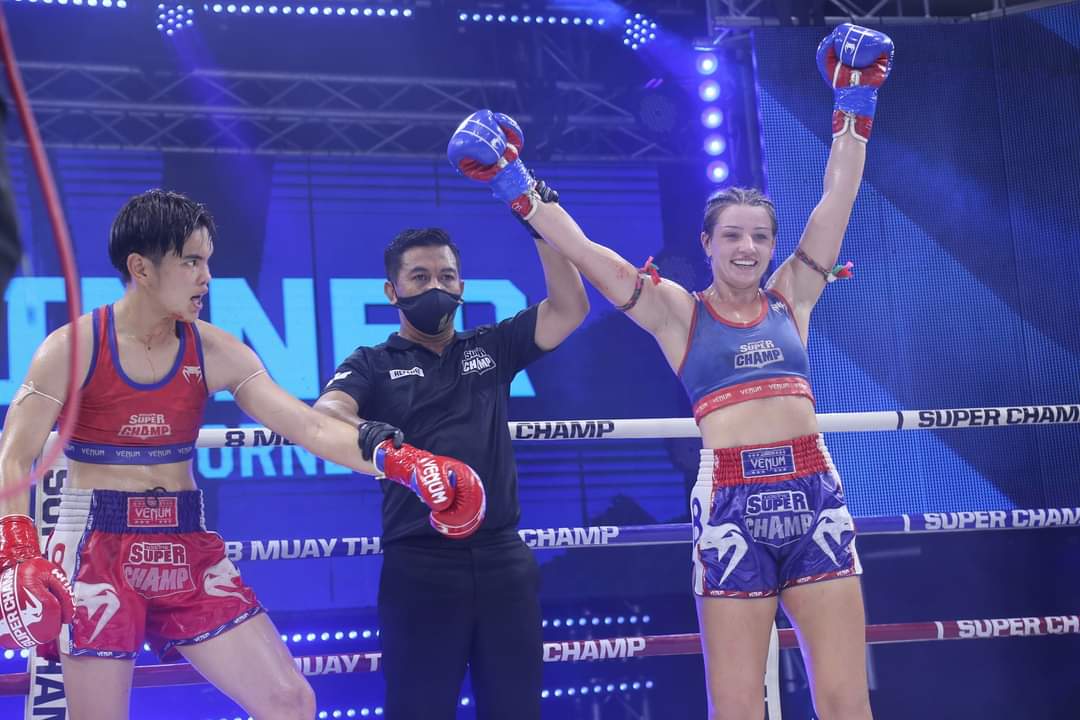 She defeated Dokmaipa Fairtex, who is considered one of the best Thai female Muay Thai fighters in the World.

Ranked #1 by WMO MuayThai and #2 by WBC MuayThai, Dokmaipa has been an unstoppable force in the ladies 130lbs division recently.

However, the strong Italian fighter, Nocker, has become the new queen of the Super-Featherweight division with a dominant win over Dokmaipa today at Muay Thai Super Champ.

In a back and forth battle, Nocker‘s power was apparent as she caught Dokmaipa with a strong punch, knocking her to the canvas in the first round.

The pair continued to exchanged shots throughout the bout, with an elbow opening a cut over Dokmaipa’s left eyebrow later in the rounds.

After three solid rounds, the unanimous decision was given in favour of Tiger Muay Thai’s Lena Nocker.

After a loss to Fahseethong at Muay Hardcore in April, she then went on to defeat Daorsritrang at Muay Thai Super Champ in November, taking the #3 spot in the World rankings.