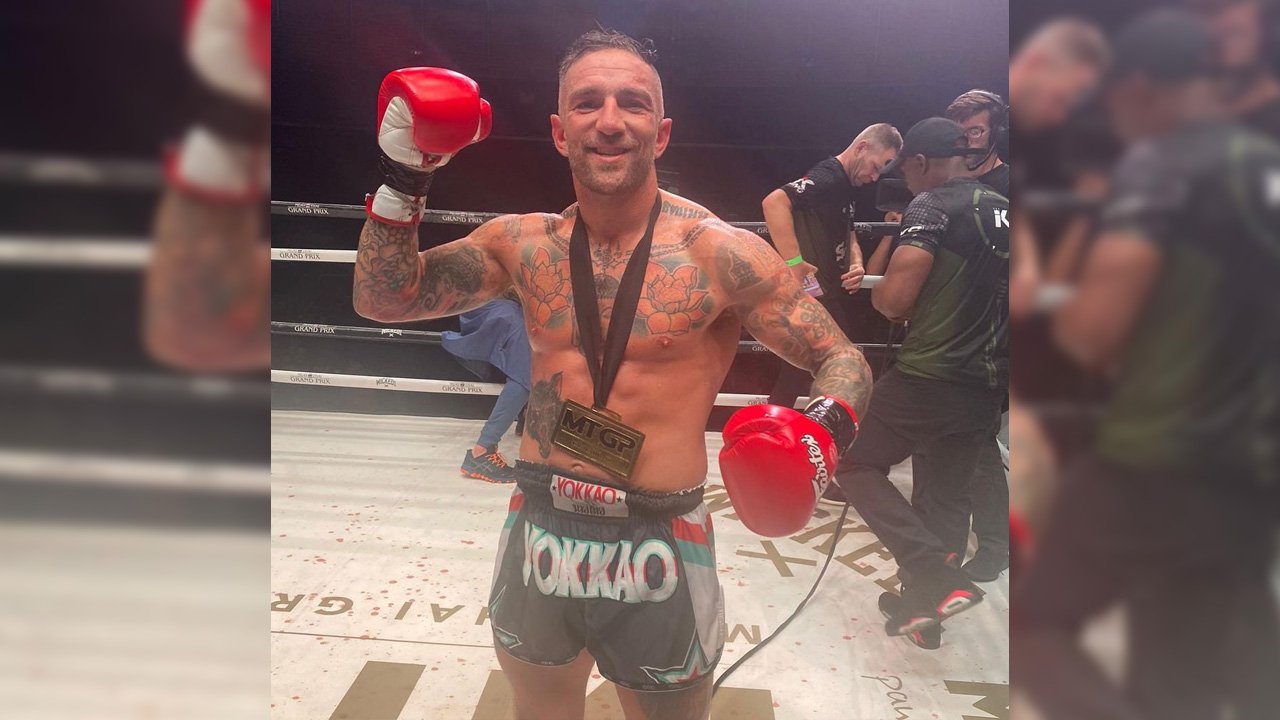 After more than 18 months out of the ring, Liam Harrison returned with a blistering performance at Muay Thai Grand Prix today.

Taking the fight on one week’s notice, Frenchman Brayan Matias looked educated and prepared for the imminent onslaught from the Hitman.

Playing him at his own game, Matias landed some snappy leg kicks which caught the attention of Harrison.

As the bout wore on though, the Hitman took control landing strong left hooks and low kicks.

In the third round, he dropped his opponent with a spinning elbow out of nowhere.

Matias was able to recover quickly and make the count, but that would be the last of the three-rounder.