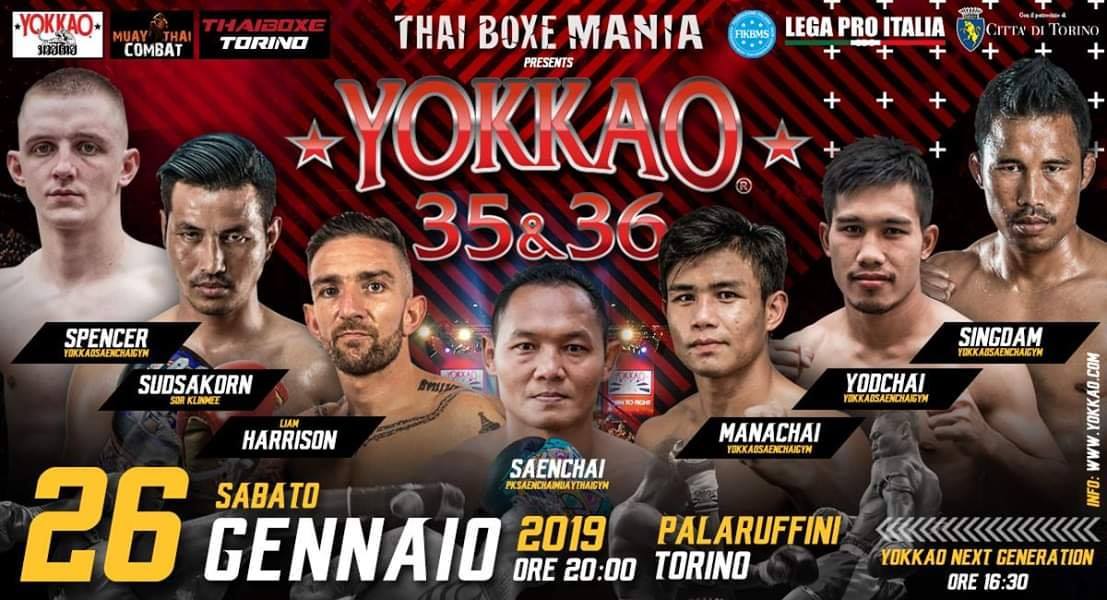 Before YOKKAO returns to the Macron Stadium in Bolton in March for YOKKAO 37 & 38, the world renowned Muay Thai promotion arrives in Turin, Italy for YOKKAO 35 & 36.

The fight card, presented by Thai Boxe Mania, is stacked full of talent, including some of the top Thai fighters such as Saenchai, Manachai, Singdam and more as well as two of the top British fighters of this era, Liam Harrison and Spencer Brown.

Harrison, who needs no introduction, makes his return to YOKKAO to face Italian Ivan Naccari. Naccari recently fought on the YOKKAO Next Generation promotion that took place in Bologna back in December where he impressed the judges to secure the win and secure a spot to face Harrison on YOKKAO 36.

Naccari is a regular on the European Muay Thai and kickboxing circuits, and is well known for his KO power. This will be one of the biggest fights in his career when he goes head on against the UK legend, Harrison.

After yesterday’s weigh-ins, Liam had a strong message for his opponent;

The young, talented Spencer Brown, originally from Irvine in Scotland, moved to Thailand in January 2017 to train alongside the best fighters in the world at YOKKAOSaenchaigym in Bangkok. He will go head-to-head with Italian Muay Thai champion Luca Roma in a 63.5kg bout.

Fresh off his recent win in Hong Kong on YOKKAO 34, the 21 year-old has built a reputation for always bringing a war in the ring, never backing down from a head-on confrontation.

His opponent, Luca Roma, is a WMO World Champion and holds a record of 37 wins from 49 fights. Most recently fighting living legend Saenchai, who also competes on the same card, the 24-year-old Italian is not one to shy away from confrontation, much like his opponent Spencer Brown.

Spencer and Roma join other world-class acts like Saenchai, Singdam, Manachai, Yodchai and Sudsakorn for the Muay Thai double event in Turin, Italy which is one not to be missed!