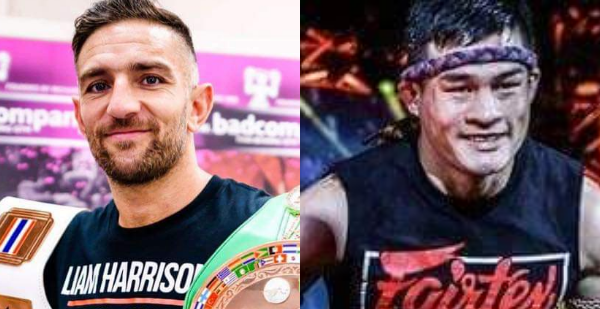 This morning ONE Championship announced Liam Harrison will be making his ONE Super Series debut against Saemapetch Fairtex at next Friday’s Conquest of Champions.

After Harrison posted on his Instagram last month announcing he’d signed with ONE Championship, fans have been eagerly awaiting an announcement, and this morning the news was finally released that he’ll make his ONE debut against one of Thailand’s best at the 20,000-capacity arena in Manila next Friday 23rd November.

Saemapetch holds in impressive record of 114-16-1 and holds numerous accolades to his name such as the Tiger Cement Tournament Championship at the Channel 7 Stadium, and most recently beat Harrison‘s nemesis Charlie Peters for the MTGP Welterweight World Title back at MTGP presents LionFight 41 in April.

After losing his UK #1 spot to Charlie Peters in a close decision at MTGP 17 in July, Harrison signed the deal with Asia’s sports media giants along with his UK counter-part.

Considered one of the best British Muay Thai fighters and one of the greatest in the World, fans will be in for a real clinical Muay Thai display as he enters the ONE cage with the Channel 7 Stadium legend next Friday.