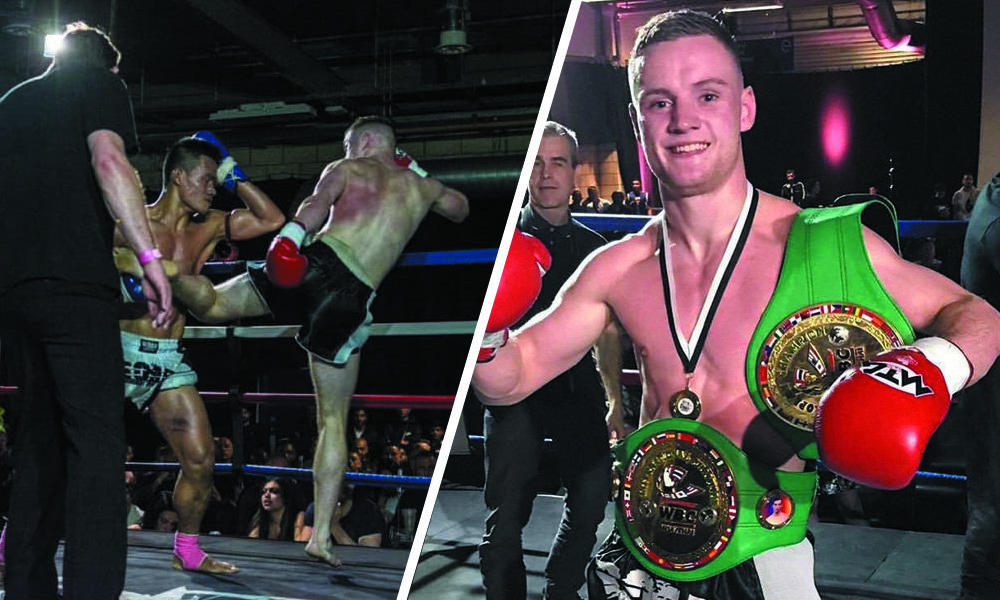 In the most recent Muay Thai World rankings update published by the WBC Muaythai association recently, the UK’s Liam McGrandles has entered the Top 10 in the Super-Welterweight division.

Winning two British titles, a European title, avenging two of his career losses and now winning the coveted WBC International title, the young Birmingham fighter has been on an unstoppable path recently, and after his WBC European title win earlier this year, he set his sights on UK #3 Jack Kennedy.

Although the International title win has placed McGrandles above Kennedy in the World rankings, he is yet to overtake him in the domestic rankings due to the Thai Fighter UK rules – he must beat the person above him to take his place, and this is exactly what McGrandles is aiming to do.

The bout, however, was only accepted by Kennedy on the terms that the McGrandles‘ WBC European title was put on the line.

So now the two will face-off at VICTORY 5 this December with not only the WBC European title and UK rankings on the line, but also a potential WBC World Top 10 position.

Follow Victory Promotions on Facebook and Instagram for all the latest on the build up to this epic bout to end the year with a bang.